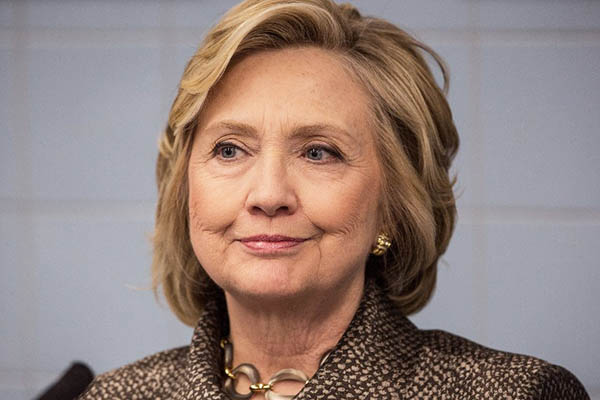 Some major events in the life of the former secretary of state, in her own words.

Hillary Clinton officially launched her 2016 presidential bid on Sunday. Here in her own words are 10 of the most important events leading up to her biggest challenge yet.

Hillary Diane Rodham was born in Chicago on Oct. 26, to a middle-class suburban family. “I was born an American in the middle of the twentieth century, a fortunate time and place. I was free to make choices unavailable to past generations of women in my own country and inconceivable to many women in the world today.”—Clinton in her memoir Living History.

Clinton enrolled at prestigious Yale Law School where she would meet her future husband Bill Clinton in the spring of 1971. The couple married in Arkansas in 1975. “So I stood up from the desk, walked over to him and said, ‘If you’re going to keep looking at me, and I’m going to keep looking back, we might as well be introduced. I’m Hillary Rodham.’ That was it. The way Bill tells the story, he couldn’t remember his own name.”—Clinton in her memoir Living History.

Bill Clinton was elected governor of Arkansas, making Hillary Rodham the state’s first lady. Yielding to pressure, she agreed to take Bill’s last name several years later. “I decided it was more important for Bill to be governor again than for me to keep my maiden name. So when Bill announced his run for another term on Chelsea’s second birthday, I began calling myself Hillary Rodham Clinton.”—Clinton in her memoir Living History.

Bill Clinton’s affair with Monica Lewinsky captivated national attention. Hillary Clinton initially believed his denial and supported her husband publicly. “Bill and I have been accused of everything, including murder, by some of the very same people who are behind these allegations. So from my perspective, this is part of the continuing political campaign against my husband.”—Clinton in an NBC Today Show interview.

Clinton is easily elected to the U.S. Senate two months before she and Bill left the White House. “Why the Senate and why New York and why me? And all I can say is that I care deeply about the issues that are important in this state, that I’ve already been learning about and hearing about.”—Clinton tells reporters in Davenport, New York in 1999.

Senator Clinton voted to authorize president George W. Bush to use military force against Saddam Hussein in Iraq. It’s a vote she will later say she came to regret. “I take the president at his word that he will try hard to pass a United Nations resolution and seek to avoid war, if possible.”—Clinton on the Senate floor.

Clinton entered the Democratic presidential primary race in January 2007 and was favored to win. However she was beaten 17 months later by fellow senator Barack Obama. “Although we weren’t able to shatter that highest, hardest glass ceiling this time, thanks to you, it’s got about 18 million cracks in it.”—Clinton tells supporters conceding defeat.

Clinton takes on the role of U.S. top diplomat, visiting 112 countries as Secretary of State, including a historic trip to Burma in which she met opposition leader Aung San Suu Kyi. “I believe with all my heart that this is a new era for America.”—Clinton on her first day as secretary of state.

Four Americans including the ambassador were killed in attacks on the US mission in Benghazi, Libya in September 2012. Clinton testified in January 2013 in tense hearings before lawmakers on the attacks. “As I have said many times, I take responsibility, and nobody is more committed to getting this right.”—Clinton at Senate hearing.

Energy Ministry Clarifies No Decision as Yet on...