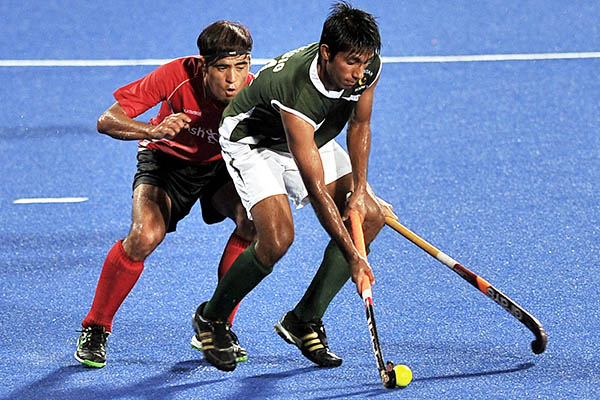 Semi-final against South Korea at the 2013 Asia Cup. AFP

Frustrated at decline of national sport, former Olympians protest in front of Parliament to free hockey from politics.

A group of Pakistani Olympic hockey greats protested in front of Parliament in a desperate bid to revive the former world-beating country’s struggling fortunes.

About a dozen former players demonstrated in Islamabad on Thursday in the hope that Prime Minister Nawaz Sharif will step in and help reverse the team’s decline.

Pakistan are three-time Olympic champions and four-time winners of the World Cup, an event they introduced in 1971. Despite this pedigree, they failed even to qualify for next year’s edition.

“The federation officials are politicized … hockey should be free from politics,” said Sami. “It is high time that we save our national game and we request the prime minister to take stringent measures to restore the pride in the game,” he added.