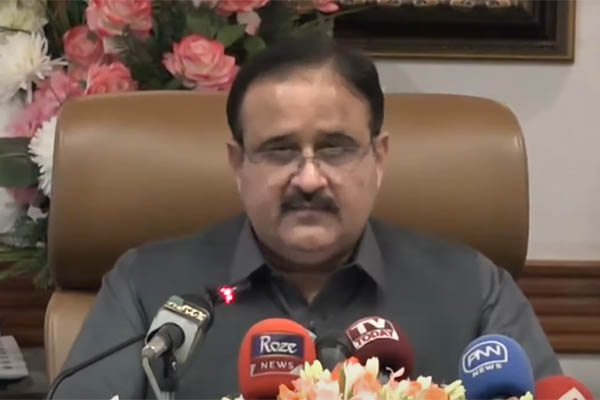 Punjab Chief Minister Usman Buzdar on Monday claimed that a hostile foreign intelligence agency had been linked to last week’s bombing at Lahore’s Johar Town area, adding that all the terrorists involved in the attack had been apprehended by police.

“Terrorists responsible for the Johar Town bombing in Lahore have been arrested,” he told a press conference alongside Inspector General of Police Inam Ghani. “An anti-Pakistan agency was involved in the bomb blast,” he said, adding that it had provided financial help to the local attackers.

Giving details of the police investigation, he said that the Counter-Terrorism Department had traced all culprits involved in the incident within 16 hours of the explosion. “In four days, the terrorists were arrested in raids across the country,” he said, branding it a “great success” for the Punjab government and its law enforcement agencies.

The IGP, meanwhile, said the CTD had been able to locate and arrest everyone involved in the bombing because it had identified the car used and traced its ownership. “Within hours we had unearthed this whole network and went to arrest [suspects]. The lynchpin who arranged all this has been arrested, those who arranged the car and those who repaired the car and those who filled the car with explosive material as well—we have all of them,” he said, adding that around 10 Pakistani citizens—men and women—had been taken into custody over their links to various aspects of the bombing. He said police would also investigate the rap sheets of the accused, as it wanted to ensure that the prosecution was ironclad.

On June 23, three people were killed and 24 others injured after a car packed with explosives detonated near a police picket in Lahore’s Johar Town area. Speaking to media at the time, IGP Ghani had said that he believed the target had been police. However, he acknowledged that a “high profile” target—Hafiz Saeed—had his home right next to the picket and said the CTD would determine if it had played any role in the extremist attack.