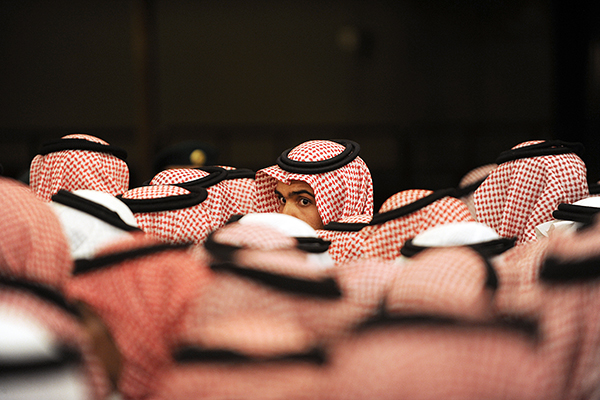 The law, introduced earlier this month, includes penalties of up to 10 years in jail for insulting the king and crown prince as well as the death penalty for other acts of “terrorism,” according to Saudi Gazette and other local media. “Saudi authorities are already methodically silencing and locking away peaceful critics on spurious charges,” Sarah Leah Whitson, HRW’s Middle East director, said in a statement. “Instead of improving abusive legislation, Saudi authorities are doubling down with the ludicrous proposition that criticism of the crown prince is an act of terrorism.”

The new law comes as Crown Prince Mohammed bin Salman, the heir to the throne, consolidates power to a degree that is unprecedented in recent Saudi history.

The passage of the legislation, which replaces another widely criticized counterterrorism law introduced in 2014, coincided with a major government crackdown on the kingdom’s elites, ostensibly to fight corruption. The new law includes “overly broad definitions” of acts of terrorism, which are not limited to violent acts, HRW said.

“Conduct it defines as terrorism includes ‘disturbing public order’, ‘shaking the security of the community’ and… ‘suspending the basic laws of governance,’ all of which are vague and have been used by Saudi authorities to punish peaceful dissidents and activists,” the statement said.

There was no immediate comment on the statement from authorities in the kingdom, which has long been criticized for its human rights record.

In May, a U.N. special rapporteur on human rights demanded that Saudi Arabia stop using an “unacceptably broad definition of terrorism” to target human rights defenders, writers, bloggers and other critics.