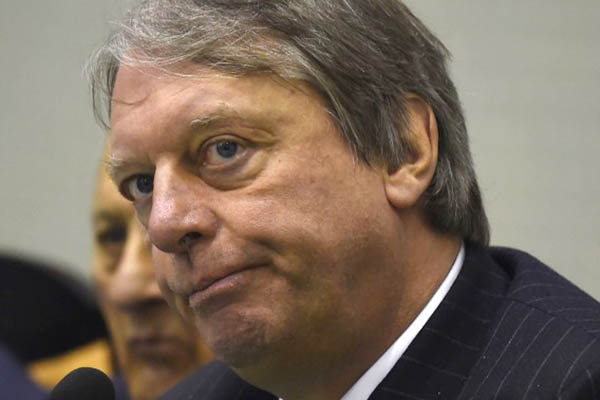 Giles Clarke says it is ‘really important’ that the domestic event’s final match be held on home soil.

A top international cricket official insisted on Sunday that the final of Pakistan’s Twenty20 league must be held in Lahore despite a major bomb attack in the country last week.

Giles Clarke, head of an International Cricket Council team seeking to revive cricket in the country, said the March 5 final of the Pakistan Super League (PSL) in Lahore would be a key part of efforts to revive cricket in the country. “PSL is Pakistan’s domestic event and it’s final should be held in Lahore,” Clarke told AFP from London. “It is really important that the final should be held successfully.”

The Pakistan Cricket Board has vowed to maintain the final in Lahore, assuring VIP security arrangements—reserved for state heads—for foreign players willing to travel to the city.

A suicide bomb blast in Lahore on Monday, which left 15 people killed and over 100 injured, had threatened the event. But the Pakistan Army and government have backed plans to stage it in the city. Lahore was also where the Sri Lankan team bus was attacked by militants in March 2009, killing eight people and injuring seven visiting players.

Since then foreign teams have stayed away from Pakistan tours over security fears.

Pakistan hosted a short limited over series with Zimbabwe in May-June 2015 but that failed to convince major teams to tour.

Clarke, who visited Pakistan last month to study security arrangements for international teams, said reviving international cricket in Pakistan will take time. “It’s a long road for the return of bilateral international cricket to Pakistan. On my recent visit, I noticed that not just the authorities but the man in the street is seeking the return of cricket to Pakistan,” said Clarke, a former chairman of the England and Wales Cricket Board. “Terror has no place in our society,” he said. “Terrorists should share whatever arguments they have or use ballot boxes.”

Clarke praised Pakistan cricket fans. “Pakistanis are cricket fanatics and have a great knowledge of cricket and I am sure they want to see their heroes and their own players playing at home and enjoy thrilling matches.”

Since 2009 Pakistan have been forced to play all home series in United Arab Emirates. Bangladesh, Sri Lanka, Ireland and West Indies have refused offers to tour Pakistan in the last five years.