Imam and Khan Propel Pakistan to Victory over Zimbabwe 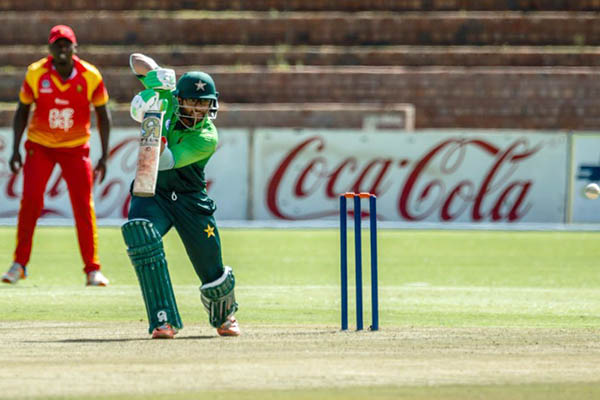 Leg spinner Shadab Khan on Friday credited his team’s recent successes on their camaraderie after a crushing win over Zimbabwe in the opening game of a five-match one-day series.

After Pakistan won by 201 runs in Bulawayo, Khan, who starred with the ball, was asked to explain his team’s form. “We’re very good friends, and maybe that’s why,” Khan said. “If anyone in the team performs, the whole team appreciates them.”

Khan and opening batsman Imam-ul-Haq delivered career-best efforts to ensure that Pakistan controlled the match throughout.

Imam cracked a career-best 128 to set up Pakistan’s 308 for 7 after they had been put in to bat under grey, wintery skies this morning. Then Khan made short work of Zimbabwe’s lower order to collect 4 for 32 as the hosts were bowled out in the 35th over.

“I’m very happy with the career best, and I’ll try to bowl even better in the next game,” Khan said, adding that the surface “was a bit on the slow side. I’ve been here with Pakistan A, in 2016, and I knew it was a slow pitch. And it helped us as well, especially me as a spinner.”

Imam was backed up by Fakhar Zaman, who continued his good form with 60, and Asif Ali, who smashed a rapid 46 on debut to boost Pakistan’s total after they had been put in to bat under grey, wintery skies this morning.

Pakistan started slowly with the bat. With the new ball nipping around Imam played and missed at several deliveries and was lucky to survive an edge off fast bowler Blessing Muzarabani, the ball dropping just in front of second slip. But Imam gritted his way through the difficult patch, and, with Fakhar scoring fluently, Pakistan put on an opening stand of 113 in under 25 overs.

Fakhar brought up his fourth fifty of Pakistan’s tour but then hit a return catch to debutant off-spinner Liam Roche. Imam then shifted through the gears to bring up a 109-ball hundred in the 37th over.

Zimbabwe’s bowlers struck back at the death with Tendai Chatara and Donald Tiripano picking up two apiece, as Pakistan lost five wickets in the last 10 overs.

“We thought 300 was a very good total,” said Khan. “In the first few overs it was very difficult to survive out there, but Imam and Fakhar batted really well so we were happy to eventually get 300.”

Pakistan’s seamers were disciplined with the new ball, and were rewarded with five top-order wickets inside the first 15 overs.

Ryan Murray, on debut, was the only Zimbabwean batsman to come to terms with Pakistan’s attack, compiling a tidy unbeaten 32 but Khan dismissed four of Zimbabwe’s last five to ensure the hosts slumped to the lowest ODI total recorded at the Queens Sports Club “He bowled to our lower order and they battled to pick him,” said Murray. “He bowled really well, not taking that away from him, but maybe if we had some top order batsmen facing him he wouldn’t have got as many dismissals. It’s always tough trying to pick a leggie when you’re not a specialized batsman.”

The teams face each other again in the second match of the five-game series at the same ground on Sunday.