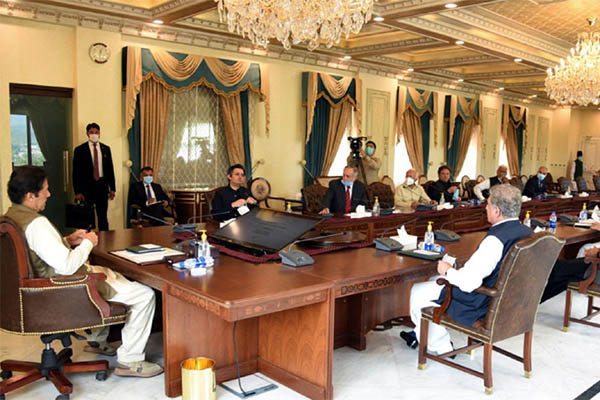 In meeting to review considerations for upcoming budget, prime minister calls for expediting reforms to reduce burden on national exchequer

Maximum incentives should be provided to industries in the federal budget for fiscal year 2020-21 to create jobs for the youth and keep the economy functioning, Prime Minister Imran Khan said on Monday.

Chairing a meeting in Islamabad to review the objectives for the forthcoming budget—a Parliament session on which is set to commence on June 5—he said authorities should identify the sectors that had been most affected by the economic downturn resulting from the coronavirus pandemic, so the government could ensure they received the maximum possible support.

According to a press release issued by the Prime Minister’s Office, Khan said the coronavirus pandemic has severely affected the economy’s trajectory toward stabilization—a dubious assertion as even before the pandemic, the government had claimed a 3.3 percent growth rate against the actual rate of 1.9 percent. He claimed the government, despite financial constraints, had provided an unprecedented stimulus economic package to support businesses and industry and to minimize the impact of the pandemic.

Khan said the present situation calls for expediting the reform process in critical sectors to reduce the financial burden on the national exchequer and provide relief to the masses.

During the meeting, Adviser to the P.M. on Finance Abdul Hafeez Shaikh informed the participants about the overall state of the economy, as well as the government’s objectives for the next budget.