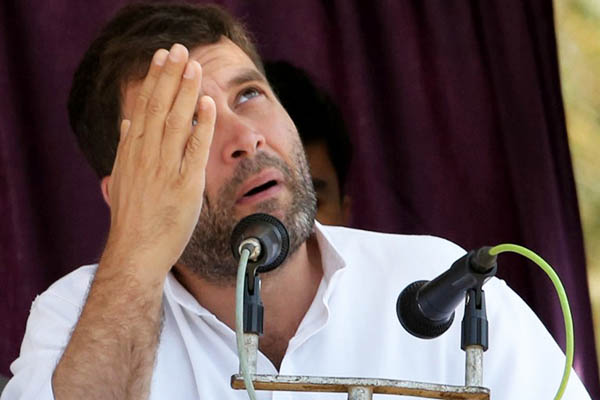 Indian authorities on Sunday defended blocking opposition politicians from visiting Muslim-majority Kashmir, saying it was to “avoid controversy” weeks after stripping the restive region of its autonomy and imposing a major clampdown.

India’s Hindu-nationalist government has been criticized by the main opposition Congress party over the contentious move on Aug. 5 that brings Indian-held Kashmir—which has waged an armed rebellion against Indian control since 1989—under its direct rule.

The region remains under strict lockdown with movement limited and many phone and internet services cut, although authorities say they have been easing restrictions gradually.

Former Congress president Rahul Gandhi, still a key figure in India as a scion of the powerful Nehru-Gandhi political dynasty, was earlier invited by local governor Satya Pal Malik to visit Kashmir. But video released by Congress showed Gandhi questioning officials about why he was stopped from entering Kashmir’s main city of Srinagar at the airport on Saturday.

Regional police chief Dilbagh Singh told AFP police supported the decision. “In an environment that is getting to normalcy, we didn’t want any controversial statement from anyone. That’s why they were asked to return from the airport itself,” Singh said.

Malik told the ANI news agency he invited Gandhi out of good will but that he then politicized the issue.

The controversy came as key separatist group Hurriyat Conference, a coalition of local political parties, released its first official comments since the clampdown and called for locals to “resist at this critical juncture” New Delhi’s move. “Each and every person must face the naked Indian brutality with courage… People should organize peaceful protests and demonstrations in their areas of residence,” said top separatist leader Syed Ali Geelani in a statement obtained by AFP.

The Hurriyat Conference, which supports Kashmir’s right to choose whether it wants to be part of India or Pakistan, added that Pakistan and the wider Muslim community should “come forward to… help the besieged people.” The call came as India’s home affairs ministry refuted a report by India’s News18 television on Sunday that the region was running out of lifesaving medicines, saying supplies were “slightly higher than the monthly average.”