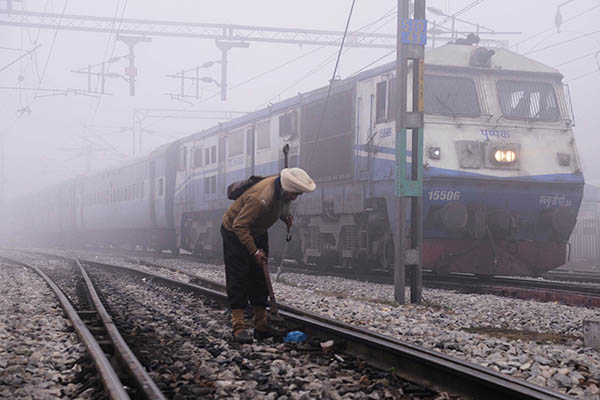 Analysts say there is no concrete proposal to fund the suggested projects.

India unveiled plans on Tuesday to open up its cash-hungry railways to foreign investment and introduce the first bullet train in a budget closely watched for clues about the new government’s economic priorities.

The rail budget is seen by economists as setting the stage for the general budget—due Thursday—in which the rightwing government of Prime Minister Narendra Modi is set to lay out keenly awaited reforms to repair public finances.

But lack of specific details about how India could attract investors to fund improvements to the crumbling railways built by the nation’s former British colonial rulers pushed shares down nearly two percent—their biggest single-day fall in months. The dilapidated railways need an “immediate course correction” after decades of mismanagement, Railway Minister Sadananda Gowda told parliament as he outlined plans to upgrade the network which carries 23 million people daily, equivalent to moving Australia’s population.

Gowda said India for the first time would seek foreign direct investment (FDI) in the railways, which cost the government some Rs. 300 billion annually in subsidies, as well as renew a push for public-private partnerships (PPP) in all areas except passenger operations.

Gowda announced plans to move ahead with a network of high-speed trains running on upgraded existing rails as the railways struggle to win back freight traffic lost to roads, coastal shipping and planes. He also proposed India’s first bullet train to run between Mumbai and Ahmedabad in Modi’s home state of Gujarat that will require completely new infrastructure.

After strong rises in recent sessions, India’s benchmark stock exchange index slumped 1.98 percent to 25,582.11 points as some analysts said Gowda’s plans were long on ambition but short on financing details. “The railway budget was such a damp squib. The market is now trying to temper its expectations about the main show on Thursday,” said Alok Churiwala, head of Churiwala Securities, a brokerage. “It’s okay to talk about bullet trains and so on, but where are concrete proposals for funding these things? It’s a reality check [about the national budget],” he added.

Manish Agarwal, infrastructure analyst at global consultancy PwC, highlighted that PPPs were not a magic bullet to funding shortages for a government struggling to overcome a high fiscal deficit. “Given limited success on [PPP] station-modernization projects so far, the implementation roll-out remains to be seen,” he said.

The government is betting public-private partnerships in the 2014-15 financial year will raise some Rs. 60 billion. But that’s a drop in the bucket compared to the up to $500 billion analysts estimate must be invested over the next decade to overhaul the network.

Gowda also announced a 40-percent hike in spending for cleaning trains and plans for better toilets whose state often horrifies travelers. He said the railway wanted to upgrade some stations to look like India’s shiny new airports.

Modi’s Bharatiya Janata Party (BJP) scored a landslide poll win in May on a pledge to fire up the economy growing at just under five percent, half the rate of a few years ago. To help fund new wagons, modernize tracks, revamp lines and improve safety, especially at unmanned level crossings that claim thousands of lives a year, the government last month pushed through a double-digit fare hike, the biggest in years.

Indian fares are still among the world’s cheapest but the steep rise was a break from the past in which successive governments have shied away from hiking tariffs for fear of alienating voters. Gowda said the fare increase was “bitter medicine” that would taste “like nectar in the end” when investments bore fruit.