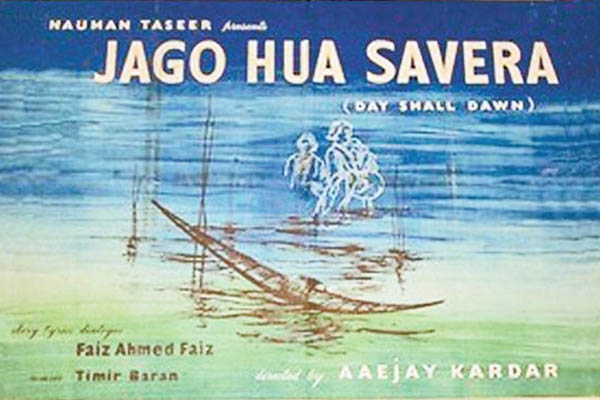 An Indian film festival dropped a Pakistani drama from its program on Monday after protesters threatened to disrupt the screening—the latest (but not quite recent) movie to fall foul of heightened tensions between the neighbors.

Organizers of the MAMI Mumbai Film Festival said they would not show the 1959 classic Jago Hua Savera (The Day Shall Dawn) following a complaint from an Indian NGO called Sangharsh, which means “struggle” in Hindi.

Sangharsh had said it was inappropriate to show the film, which was Pakistan’s official Oscars entry in 1960, following an attack by militants that killed 19 Indian soldiers in India-administered Kashmir.

“Given the current situation, the Jio MAMI 18th Mumbai Film Festival with Star has decided not to program Jago Hua Savera as part of the Restored Classics Section,” organizers of the festival said in a statement.

The move comes after a group of Indian cinemas said last week that they would not screen any films featuring Pakistani artists in protest at the raid on an army base in India-administered Kashmir last month. The ban by India’s Cinema Owners and Exhibitors Association applies to single screen cinemas in four states and is likely to affect the forthcoming release of movies Ae Dil Hai Mushkil, Dear Zindagi and Raees.

The ban came as Hindu nationalist groups pile pressure on the makers of Ae Dil Hai Mushkil to drop Pakistani actor Fawad Khan from the romantic drama. The fringe but noisy right-wing group Maharashtra Navnirman Sena has threatened to stall the Oct. 28 release of the movie.