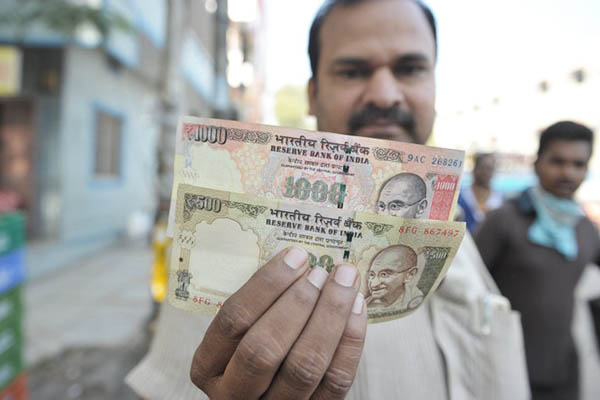 The recent arrest of Vijay Mallya highlighted the problem of bad loans in India, but analysts say the tycoon’s unpaid debts are just the tip of an iceberg that is already holding back the country’s economic growth.

The multimillionaire owner of a Formula One team and founder of the Kingfisher beer brand was arrested on Tuesday in Britain, where he fled a year ago after allegedly defaulting on loans from Indian state banks worth more than $1 billion. From the mid-2000s onwards, Mallya and much of corporate India went on a shopping spree, picking up assets both at home and overseas even as a financial crisis hit the global economy. As a result, Indian banks are now saddled with some of the highest levels of bad debts in the emerging markets according to the International Monetary Fund.

“Banks are so stretched that they’re not even lending to healthy companies, holding back growth,” Rajeswari Sengupta, an economist in Mumbai, told AFP. “That’s a very big collateral damage… The biggest fall-out is the lack of private sector investment—banks are stressed, private sectors are stressed, lending to corporates by banks has totally stalled.”

Banks coughed up cash for projects even when the business plans made no sense—such as a Formula One track on the outskirts of the Indian capital that was practically abandoned after three races. Regulators, eager to spur growth, allowed many industries to restructure loans rather than write them off, and also agreed to a moratorium on interest payments.

The excesses of the period remained hidden as banks sought to keep companies afloat by giving them enough capital to service their loans—a practice known as ever-greening—to disguise their own bad debts. By 2015, the share of companies it monitored that could not even service the interest on their loans had reached nearly 40 percent, Credit Suisse said in a February report. That has led to a situation where both banks and their clients are financially stretched.

India remains the world’s fastest-growing major economy, with GDP expanding by seven percent in the last three months of 2016—the last quarter for which data is available. But economists say that growth is fragile because it is being driven by consumer spending rather than investment.

India’s government is seeking to extradite Mallya and try him for fraud. He has said there is a “witch hunt” against him, arguing that there were much bigger defaulters.

Banks were finally forced to confront the problem in September 2015 when the central bank set them a deadline of March 2017 to clean up their balance sheets. But more than a year into the forced clean-up, “corporate NPL formation still hasn’t abated at both [state-owned] and private corporate lenders,” according to the Credit Suisse report. By its count, some 12 trillion rupees ($185 billion) have soured, the bulk of it at public-sector banks.

The 10 largest corporates in the country—including the owner of that abandoned F1 track—are also the most burdened with debt and owe a collective 7.5 trillion rupees. “There is still no sign that the affected companies are regaining their health, or even that the bad debt problem is being contained,” said Ashish Gupta, Credit Suisse’s head of equity research. “To the contrary, the stress on corporates and banks is continuing to intensify, and this in turn is taking a measurable toll on investment and credit.”

Finance Minister Arun Jaitley is looking for solutions. One idea his ministry mooted was to create a single “bad bank” which would take over all bad loans and leave the existing lenders in healthier shape. Another was to create asset management companies to tackle the problems. But not everyone is convinced that there is a way out.

“We’ve been sitting on this ticking time bomb for so long that I don’t even know what are the solutions,” Sengupta said. “It’s a completely rotten system and it’s been like this for so long that there’s no good solution any more.”

The bank managers, in these indian state banks should be arrested. They probably lent money to whoever bribed them the most. Check their assets and recover a part of the loot.