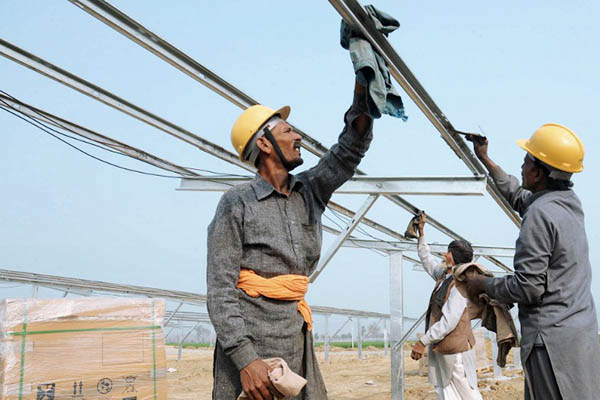 Analysts caution against relying on data for policy-making.

India forecast its economy will accelerate 7.4 percent this financial year, data showed on Monday, under a revised formula for calculating gross domestic product that has baffled analysts since its release last month.

The economy will grow 7.4 percent in the year through to March, the statistics ministry announced, after earlier revising the forecast expansion to 6.9 percent from 4.7 percent by using the new formula. Asia’s third-largest economy also grew at an annualized 7.5 percent in the three months to December, statistics official Ashish Kumar said at a press conference, racing past China’s 7.3 percent growth in the same period.

India was thought to be struggling through its worst economic slowdown since the 1980s with growth below five percent—far too low to generate enough jobs for millions of young people.

Prime Minister Narendra Modi stormed to power in general elections last May on pledges to reform and revive the ailing economy and attract much-needed foreign investment. But the new formula, which changes the way gross domestic product (GDP) is calculated in a manner officials claim is closer to international standards—shows the economy has in fact been expanding fast.

The main shift is that India now measures its economic growth at market prices to incorporate ‘gross value addition’ in goods and services as well as indirect taxes. The base year to calculate India’s GDP has also been advanced to 2011-12 from 2004-05.

But analysts say that the new data does not correlate with some other economic indicators, including last year’s industrial production figures and corporate profits. “These numbers are much better than initially expected. They definitely come as a surprise and we are in the process of trying to understand them,” said D. K. Joshi, chief economist at local ratings agency CRISIL. “The figures make India neck and neck with China,” he said.

Uncertainty surrounding the new data comes as Finance Minister Arun Jaitley is set to unveil the national budget on Feb. 28. A faster growing economy also risks stoking inflation, which the government and India’s central bank have been desperately wrestling to bring under control.

Monday’s data also showed manufacturing output rising 4.2 percent in the latest quarter, while the farm sector contracted 0.4 percent. The sectors contributing to the predicted 7.4 percent growth up to March are mostly service-based. The financial sector, real estate, trade, hotels and transports are all growing at over seven percent.

Arvind Subramanian, the finance ministry’s top economic adviser, said this month he was “puzzled” by the earlier revised GDP numbers. “I am puzzled by the GDP growth numbers and, consequently, all the constituent elements that went into constructing it,” Subramanian said in an interview with the Business Standard newspaper. “We have to be very careful in using these numbers for policy-making.”