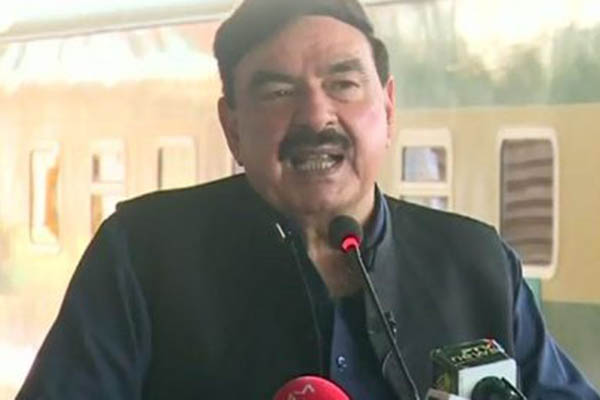 Interior Minister Sheikh Rashid Ahmed on Wednesday announced that he had forwarded to the federal cabinet a recommendation to ban the Tehreek-e-Labbaik Pakistan (TLP) after its supporters rioted across the country to demand the government release their detained chief, Saad Hussain Rizvi, and sever all diplomatic ties with France.

“I have forwarded a summary to ban the TLP to the federal cabinet,” he told a press conference in Islamabad of the party that has blocked major roads in several cities for the past three days. Claiming that the government was still willing to implement its deal with the TLP, he said their actions in the past three days had challenged the writ of the state and could not be tolerated.

Claiming that the government had tried, several times, to prevent the TLP from marching on Islamabad—as was threatened by Rizvi after it became clear the government would not fulfill the terms of their agreement by the April 20 deadline—Rashid claimed this was the religious party’s primary goal. “They were more prepared than us [during negotiations],” he said, claiming that TLP leaders would attend talks only after issuing instructions to their workers to block roads if they did not produce any results.

Referring to the TLP’s demand for severing all ties with France after the publication of blasphemous caricatures there last year, the interior minister said the government had wanted to table legislation in Parliament that would serve the cause of Islam and the finality of Islam’s Prophet. “Our efforts to convince them failed,” he said. “I am still ready to give my life for the issue of Khatm-e-Nabuwwat,” he added.

According to Rashid, the TLP wanted legislation that would virtually ban Europeans from entering Pakistan, and force the ones already here to be deported. “This would have sent the world a message that Pakistan was an extremist state,” he said.

To a question about his vocal support of the TLP since 2017, the interior minister claimed that he had “never supported this party or met [former chief] Khadim Hussain Rizvi.” He went to say that the government was banning the TLP because of its actions of the past three days, and not because of any political motives.

Rashid’s statement came hours after law enforcement agencies and officials launched a nationwide crackdown against TLP activists to clear roads that have been blocked for three days. A day earlier, Rashid had claimed that the government would not permit anyone to take the law into their own hands, adding that the writ of the state would be enforced at all costs.

The incumbent government had, in November 2020, inked a deal with the TLP to end their dharna in Islamabad in exchange for Parliament legislating against the publication of blasphemous caricatures in France “within three months.” The initial deadline expired in February, resulting in the government claiming it required more time and getting a further reprieve.

The new deadline was set to expire on April 20, and the detained Rizvi had issued a video message for his followers to prepare for a long march on Islamabad. Immediately after his arrest, TLP workers swarmed streets in all major cities and blocked traffic. As police tried to clear them, they targeted the law enforcement personnel, resulting in at least 2 policemen killed and hundreds more injured.