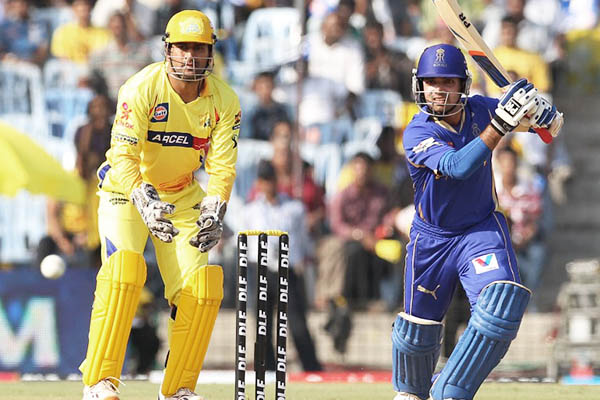 A 2012 match between the Chennai Super Kings and the Rajasthan Royals. Seshadi Sukumar—AFP

Two teams from cricket’s Indian Premier League were on Tuesday suspended for two years by a Supreme Court-appointed panel after team officials were found guilty of illegally betting on matches.

The son-in-law of International Cricket Council Chairman Narayanaswami Srinivasan, Gurunath Meiyappan, who also owns the Chennai franchise, was suspended for life from cricket-related activities. A similar suspension was imposed on Raj Kundra, co-owner of the Rajasthan team and husband of Bollywood actress Shilpa Shetty.

“Their conduct has affected the image of the game, the players and others associated with the tournament,” Lodha, a former chief justice, told reporters while revealing his panel’s verdict.

Asked about the financial losses of players from the two teams, Lodha said: “We did not consider financial losses to players and teams. That is not significant. The integrity of the game is what matters.”