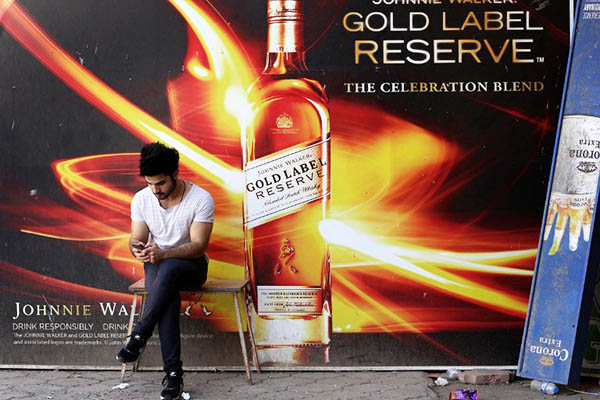 Secular Iraqis woke up feeling hung-over on Sunday, after a surprise parliament vote they claim is unconstitutional and shows that dominant religious parties have their priorities wrong.

An article banning the sale, import and production of alcohol was slipped into a draft on municipalities and caught the anti-ban camp flat-footed on Saturday. The scores of small alcohol shops in central Baghdad were already closed because of the holy Muslim month of Muharram, and now their owners and employees are fuming.

“We don’t have another job—our families will lose their income,” said Maytham, who owns a shop selling all kinds of locally produced and imported beers, wines and spirits in Baghdad’s central Karrada district. “We don’t know if they will allow us to open our shops. How will these families live?” he asked, standing next to his small store’s closed metal door.

Saturday’s vote also angered several politicians who claim that the law violates an article in the constitution that guarantees the freedom of religious minorities.

The vote’s supporters say that the very same constitution prevents any law contradicting Islam, however.

With Iraq involved in an offensive to retake the city of Mosul from the Islamic State jihadist group, its biggest military operation in years, one politician argued that the law sent the wrong message. “This is a victory for the ideology of Daesh,” said Haidar al-Mullah, a politician from the Al-Arabiya alliance. “At a time when all the efforts of the Iraqi people are focused on fighting Daesh terrorists, a team of Islamist politicians in parliament gifted Daesh a victory,” he said.

“They are suppressing other beliefs, violating the freedom to practice other traditions and turning their backs on the constitution,” Mullah told AFP.

Alcohol is rarely offered in restaurants and hotels in Iraq, but consumption is relatively widespread, especially in Baghdad. Iraq also has companies that produce various types of alcohol, such as Farida beer or Asriya arak (a regional anise-flavored spirit).

Yonadam Kanna, a leading Christian politician, was furious after the vote on Saturday and went on television to condemn it and also to vow to challenge it in a federal court. Many Iraqis also took to social media to ridicule their lawmakers.

On his Facebook page, Hussein al-Ameri replied to Mahmud al-Hassan, one of the M.P.s who took credit for the passing of the law, and “congratulated” him. “Yes, that was one of the most important laws to focus on after eradicating unemployment, terrorism, corruption and terrorism,” he wrote.

In a jab at parliament, which has a reputation for being one of the hubs of corruption in the country, another Facebook user, Hammoudi Mohammed asked: “Drinking is un-Islamic but stealing is OK?”

In Baghdad’s Bataween neighborhood, one of the capital’s oldest districts now best known for prostitution and crime, Saad Amir shook his head as he rested against the cart from which he sells food on the street. “Drinking is better than turning to drugs… There seems to be a decision to wreck this country. Parliament should review this decision,” he said.

Kanna also predicted that a ban on alcohol, if enforced, would lead to a rise in drug abuse, which is already a growing problem in areas such as Basra, where alcohol is harder to find than in Baghdad.

Maysoun al-Damaluji, another member of parliament, was appalled. “What bankruptcy! Not only was this law passed without a proper vote count, the article was sneaked into a law on another issue and the only people it will serve are those running the black market,” she said.