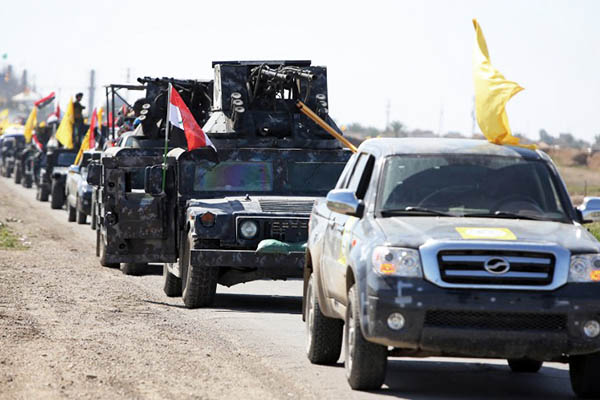 Iraq’s prime minister on Sunday announced the launch of a military operation to retake Tikrit from the Islamic State jihadist group, urging his troops to spare civilians in the battle.

Haider al-Abadi, speaking from Samarra, the other main city in the province of Salaheddin, appeared to be addressing fears of reprisals against the Tikrit area’s Sunni population. “The priority we gave to the armed forces and all the forces taking part alongside them is to preserve the security of citizens,” he told reporters. On social media, he called “for utmost care in protecting civilian lives and property.”

On Saturday, at least 11 Iraqi forces were killed in a suicide truck bomb attack on a military position south of Tikrit. The Iraqi army, volunteer fighters known as the Popular Mobilization units and Shia militias have for weeks been closing in on Tikrit, a main I.S. stronghold in the country. Government forces have attempted and failed several times to wrest back the hometown of former president Saddam Hussein since losing it to I.S. in June last year.

Hadi al-Ameri, the Popular Mobilization commander and a central figure in Iraq’s fight against I.S., on Saturday urged Tikrit residents to leave their homes within hours so government forces could “wrap up the battle of the revenge for Speicher.”

Speicher is a military base near Tikrit from which hundreds of new, mostly Shia, recruits were kidnapped before being executed in the early days of the I.S. nationwide offensive in June 2014. Shia militias in particular have always vowed to avenge the Speicher executions, sparking fears of mass killings against Sunnis if Tikrit were to be recaptured.

Some Sunni tribes in the Tikrit area have been accused of direct involvement in the Speicher massacre. Abadi appealed on residents to turn against the jihadists, who have suffered a string of military losses since Iraq’s foreign partners stepped up their support.

“I call on all those who were misled and made mistakes in the past to lay down their arms today. This may be the last chance,” Abadi said in Samarra, suggesting some could be granted amnesty.