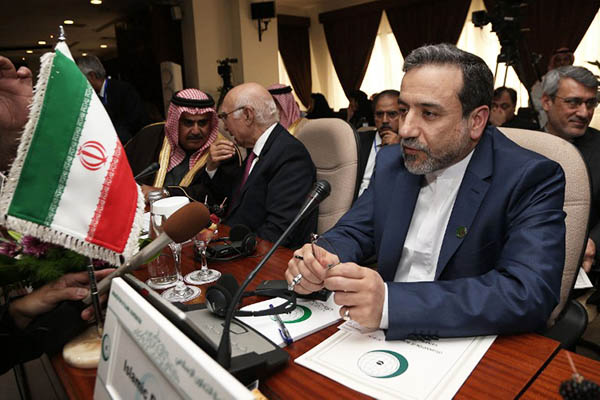 Worsening relations between Saudi Arabia and Iran are diverting attention from the “real challenges” facing Muslims, the head of the Organization of Islamic Cooperation said on Thursday.

Iyad Madani was addressing an extraordinary meeting of the 57-member body, called by Saudi Arabia after protesters in Iran burned its diplomatic missions there in early January. They attacked Riyadh’s embassy in Tehran and a consulate in the second city of Mashhad after the kingdom executed Shia cleric Nimr al-Nimr, a driving force behind anti-government protests.

The attacks “contradict diplomatic standards,” and “interference in the affairs of any member state undermines our organization’s charter,” said Madani, referring to criticism by Iran’s leaders of Nimr’s execution. “It is clear that the continued deterioration of relations between some of our member states contributes to deepening rifts” among Islamic nations, Madani said.

He added that such tensions “distract us from addressing the real challenges,” including “terrorism,” which threaten members of the organization that calls itself the collective voice of the Muslim world.

“It is regretful that the reality of the Islamic division and differences negatively affect the performance of the OIC” and its international credibility, Madani told the group based in Jeddah.

Sunni Saudi Arabia and some of its allies cut diplomatic ties with Shia Iran as a result of the violence against its missions. Nimr was one of four Shias put to death on Jan. 2 alongside 43 Sunnis. All were convicted of “terrorism.”

The tensions between the leading Sunni and Shia nations have caused concern around the world. China, France and Pakistan have also sought a de-escalation.

Madani called for “building bridges of understanding and restoring mutual trust” through dialogue. This will prevent conflicts “that will waste energy and hinder the development of our people,” he said.

Iran sacked a senior security official over his failure to stop the attack on Riyadh’s embassy. Iran’s supreme leader Ayatollah Ali Khamenei on Wednesday said the attack was wrong and against Islam. But Saudi Foreign Minister Adel al-Jubeir told Thursday’s meeting that Iran respects neither Islam nor the charter of the Organization of Islamic Cooperation.

“The importance of this meeting is in the fact that this aggression is not the first but only a part of a series of continuous attacks that diplomatic missions have been subjected to in Iran for 35 years,” Jubeir said. “It is important to point out that the aggression against the kingdom’s missions comes as part of Iran’s aggressive policies and its continuous interference in the internal issues of the countries in the region.”

Saudi Arabia and Iran support opposite sides in the civil wars in Syria and Yemen. Iran has also consolidated its influence in Iraq and Lebanon through the militant Hezbollah movement, alleged leaders of which are under sanction by Saudi Arabia.