Islamic State Lost 14 Percent of its Territory in 2015 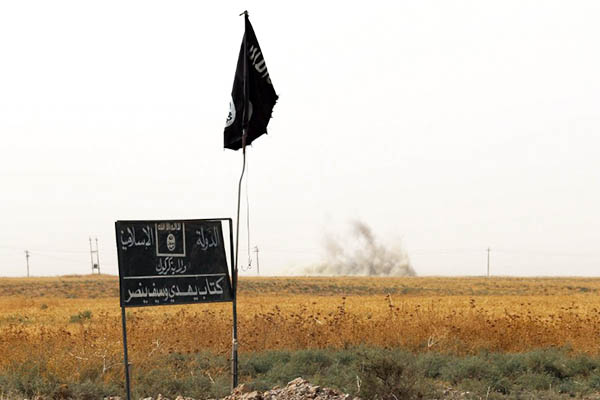 Report finds Syria’s Kurds nearly tripled the land under their control in the restive region.

The Islamic State (IS) group lost around 14 percent of its territory in 2015, while Syria’s Kurds almost tripled the land they control, think-tank IHS Jane’s said on Monday.

The development is a blow to the group given that its aim is to capture and hold territory to expand its so-called “caliphate,” where it imposes a severe and bloody form of what it calls Islamic law.

The jihadist group’s losses include the strategically important town of Tal Abyad on Syria’s border with Turkey, the Iraqi city of Tikrit, and Iraq’s Baiji refinery. Other big losses for the group include a stretch of highway between its Syrian stronghold Raqa and Mosul in northern Iraq, complicating supply lines.

“We had already seen a negative financial impact on the Islamic State due to the loss of control of the Tal Abyad border crossing prior to the recent intensification of airstrikes against the group’s oil production capacity,” said Columb Strack, IHS senior Middle East analyst.

The U.S.-based think-tank said the group’s territory had shrunk 12,800 square kilometers to 78,000 square km between the start of the year and Dec. 14. However, I.S. has made some high-profile gains during the year, including the historic Syrian town of Palmyra and the city center of Ramadi, the provincial capital of Anbar, Iraq’s largest province.

IHS said those victories came at the expense of the group’s northern territories, which have been fiercely contested by Kurdish fighters.

Lands under Syrian Kurdish control jumped 186 percent over the year, IHS said. “This indicates that the Islamic State was overstretched, and also that holding Kurdish territory is considered to be of lesser importance than expelling the Syrian and Iraqi governments from traditionally Sunni lands,” Strack said. “The Kurds appear to be primarily an obstruction to the Islamic State, rather than an objective in themselves.”

Syrian Kurdish fighters dominate a group called the Syrian Democratic Forces, a coalition of Kurdish and Arab fighters battling jihadists in northeastern Syria that has risen in prominence in recent months.

I.S. has also been beaten back by U.S.-led coalition airstrikes, Iraqi forces and Syrian rebels.

Iraq’s government managed to claw back some six percent of its territory from I.S. in the past year, while Iraqi Kurds regained two percent of their lands. The biggest territorial loser among the main actors in the Syrian conflict was the Syrian government, which lost 16 percent and is now left with around 30,000 square km, less than half the area controlled by I.S. and a fraction of Syria’s total area of about 185,000 square km.

The IS can only survive if it softens its image, and stops its barbaric beheadings, sex slavery and intolerance. They cannot live in isolation. Nor try to pretend living in the 5th century. The world will not tolerate this.

It is just a matter of time, they will be wiped out.