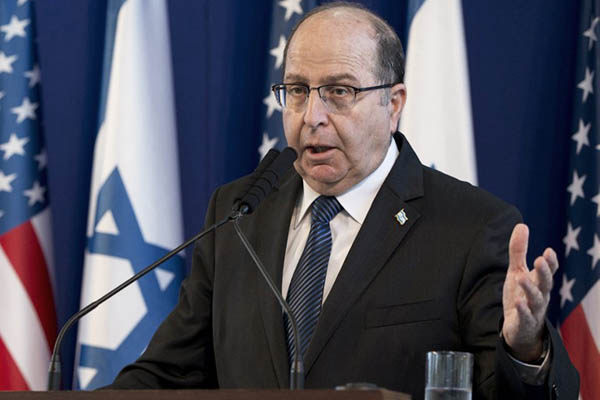 Defense minister says he is ‘not responsible’ for the lives of Iranian scientists when asked about staging acts of sabotage.

Israeli Defense Minister Moshe Yaalon issued a veiled threat against Iranian nuclear experts saying the Jewish state had a right to defend itself and that he was not “responsible for their lives.”

In an interview to German weekly Der Spiegel due to appear on Saturday, Yaalon said: “Iran’s nuclear ambitions must be stopped in one way or another. We would like this to be done through accords or sanctions. But finally, Israel must be in a position to defend itself.”

Asked specifically about targeting Iranian experts or staging acts of sabotage, he said: “I am not responsible for the lives of the Iranian scientists.”

Several Iranian experts have been assassinated and there has been a hacking attack, both blamed by Tehran on Israel and the United States.

Iran and the United States, along with Britain, China, France, Germany and Russia, recently struck a deal meant to ensure Tehran’s nuclear program could not produce a bomb. The deal, that rewards Iran with a lifting of crippling sanctions, must be reviewed and approved by lawmakers in the U.S. and Iran before it can be implemented.

Yaalon said if Iran did not respect its engagements, Israel could stage airstrikes and once again called the July 14 deal between Tehran and the world powers an “historic error.”