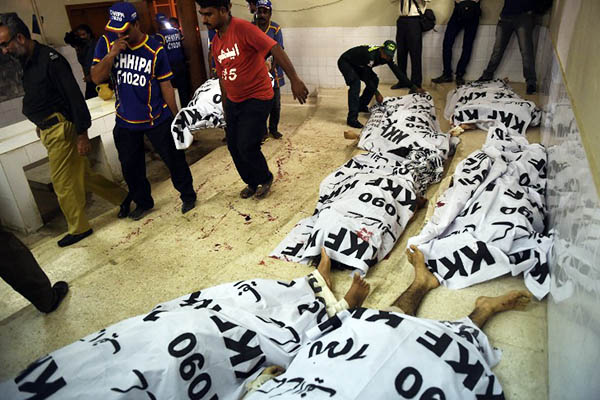 Deceased were wanted for several target killings and the murder of police officials.

Police killed at least eight militants wanted for target killings and attacks on police during a raid in Karachi on Saturday, officials said.

Police stormed into a house in the low-income Manghopir neighborhood and after a gunfight killed eight militants and seized weapons, hand grenades and explosives, said senior police official Rao Anwar. “At least eight militants were killed and two policemen were wounded in the gunfight,” Anwar said.

Anwar said that the militants were wanted for several target killings and the murders of police officials in Karachi.

Karachi, a city of 20 million and Pakistan’s economic hub, is frequently targeted with Islamist, political and ethnic violence. Paramilitary forces began a sweeping crackdown on militants in the city in 2013, which has led to a substantial drop in overall levels of violence.