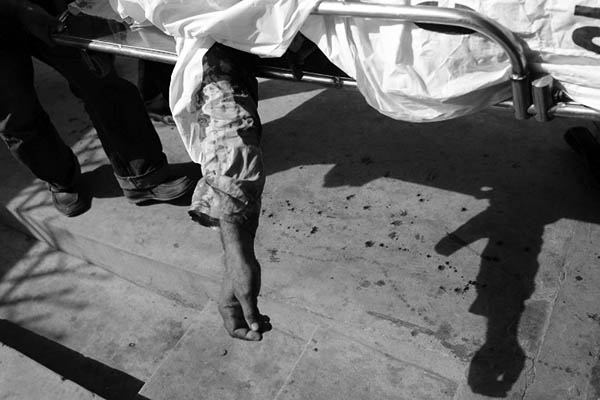 Security officials say the accomplice has now been taken into custody

The primary accused in the Kashmore gang-rape of a woman and her 5-year-old child was shot dead by a second suspect during an attempt to capture the absconder, Larkana police said on Friday.

Larkana Police Deputy Inspector General Nasir Aftab told media that the primary accused—Rafiq Ahmed Malik—was accompanying police on a manhunt for his accomplice, Khairullah Bugti, after identifying multiple locations where he could potentially be in hiding.

Kashmore Senior Superintendent of Police Amjad Shaikh said that when security forces, with Malik, reached an area near Bakhshapur, Bugti opened fire at them and killed the primary accused. He also injured a police officer in the exchange, he added. He said Bugti had subsequently been restrained and police had also recovered weapons from his possession.

Following the primary accused’s killing, the Larkana district administration announced that it would provide security to the victims to ensure there was no further attempt to harm them.

On Thursday, police said they had arrested a man who had confessed to gang-raping a woman and her 5-year-old daughter with two accomplices. The woman had told them that she had been lured from Karachi to Kashmore on the promises of employment and had then be raped by the three men for three days. When she tried to leave, the primary accused had kept her daughter as a hostage, telling her he would only release her if she brought him another woman from Karachi. After Malik was arrested, he confessed to his crimes, including the gang-rape of the minor girl, who is currently being treated for her injuries at hospital in Larkana.