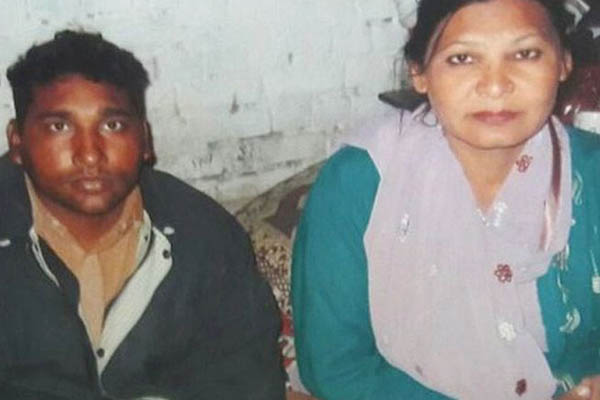 The Lahore High Court (LHC) on Thursday acquitted a Christian couple accused of blasphemy over a lack of evidence, overturning a death sentence that had been handed down to them in 2014.

Shagufta Kausar and her husband Shafqat Emmanuel were convicted by an additional district and sessions judge in Toba Tek Singh for allegedly sending blasphemous phone texts. In addition to their death sentence, they were directed to pay a fine of Rs. 100,000 each.

On Thursday, their lawyer Saiful Malook said they had been acquitted by a two-member member after three days of hearings. “I am very happy that we were able to get the release of this couple who are some of the most helpless people in our society,” he told the AFP news agency, adding that he expected the husband and wife would be freed next week after the court’s orders had been formally issued.

During proceedings, the bench noted that the prosecution had failed to establish its case against the Christian couple. Earlier, in appeals against their death sentences, the couple’s counsel had submitted that eight to nine months prior to them being accused of blasphemy in 2013, a quarrel had occurred between their children and those of their neighbors, resulting in a grudge. The couple alleged that the neighbor had purchased a SIM using Shagufta’s CNIC and had used it to send blasphemous texts to the complainant.

To the prosecution’s claims that the couple had purchased the SIM themselves, the defense had countered that they were illiterate and could not have sent the SMS, which was written in English.

A lawyer for the prosecution told the Reuters news agency they would challenge the acquittal.

Blasphemy is punishable by death in Pakistan. While no individual has yet been executed by the state over it, mere accusations have resulted in dozens being killed by enraged mobs. In April, the European Parliament had passed a nonbinding resolution seeking a review of Pakistan’s GSP+ status over its failure to protect religious minorities, including Kausar and Emmanuel.

Amnesty International welcomed the ruling, with the rights watchdog’s South Asia Deputy Director Dinushika Dissanayake issuing a statement noting it had ended the seven-year-long ordeal of the couple. “Blasphemy cases are often premised on flimsy evidence in environments that make fair trials impossible, underscoring the significance of this verdict. The authorities must now immediately provide Shafqat, Shagufta, their family and their lawyer Saiful Malook with adequate security,” he added.