Lahore Literary Festival to Debut in London this Month 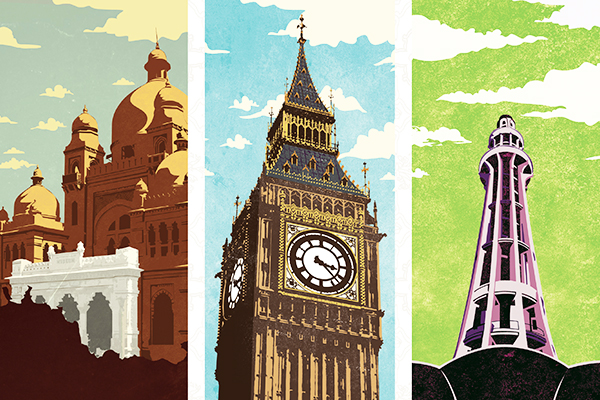 Daylong LLF in London on Oct. 29

The daylong LLF in London, at the British Museum’s BP Theatre, presents the robust and unique syncretism universally identified with Lahore—Pakistan’s cultural capital, with its thriving visual arts and popular culture, its books and big ideas.

“LLF in London highlights the intellectual curiosity, confidence and openness that are the hallmarks of Lahore’s longstanding traditions,” says Razi Ahmed, LLF founder and chief executive. “We are proud to feature some of the Pakistan’s finest thinkers and voices in London, to engage with the wider world, across disciplines and borders, to discuss and celebrate tolerance, diversity, and even dissent, in a daylong program of high-octane sessions capped by the inimitable elegance of Zia Mohyeddin’s masterful oratory.”

“The festival’s London debut will showcase for audiences abroad the vitality and vigor of Pakistan’s intellectual and cultural capital,” says Nusrat Jamil, a member of the LLF board of governors. “LLF in London is Pakistan beyond Western-world headlines, a representative sampling of all that is good and great about our country.”

“We are delighted now, after successful editions in Lahore and New York, to present some of Pakistan’s finest in thought-provoking conversations and panel discussions in yet another global capital of ideas,” says Aneela Shah, LLF treasurer for overseas initiatives. “The tremendous and humbling response of the Pakistani community in the U.K. will ensure that LLF in London becomes a highly anticipated annual tradition.”

This will be LLF’s second away edition this year. The two-day LLF in New York debuted in May, as part of its three-year collaboration with Asia Society. The free and fourth annual home edition took place in Lahore last February. (India’s Jaipur Literature Festival has been an annual feature at London’s Southbank Centre since 2014.)

LLF in London will run from 10 a.m. to 9:30 p.m. and tickets are available online. For additional information, please visit www.lahorelitfest.com

Since its debut in 2013, LLF has garnered glowing foreign coverage for Pakistan. The New York Times has called it “a wonder of creativity, eclecticism, ideas and dialogue,” and the BBC has cited it as “a celebration of a Pakistan open and engaged with the many ideas of many worlds.”