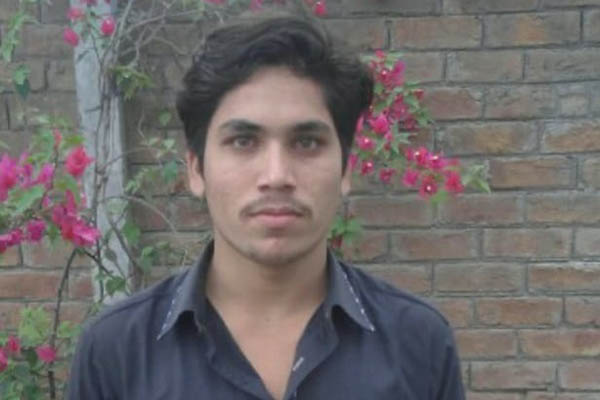 Primary accused Abid Ali remains at large, with security forces saying he will soon be brought to book

One of the motorway gang rapists has confessed to his role in the crime, and his DNA tests have also matched the sample obtained from the victim, Punjab Chief Minister Usman Buzdar announced on Monday.

In a posting on Twitter, Buzdar said that suspect Shafqat had been arrested and was currently being interrogated to locate primacy accused Abid Ali. “Our entire team is constantly trying to arrest the accused Abid Ali, whose arrest is expected soon, God willing,” he said.

Police said Waqar had informed that that Abid had links to Shafqat and his brother-in-law, Abbas. They said Shafqat had been arrested from Dipalpur after being traced through his phone SIM card. With the arrest of Shafqat, they added, Waqar and Abbas are no longer suspects. They said that Shafqat was a habitual offender and had been involved in several crimes in the past.

Sources within the police have confirmed that Shafqat has confessed to gang-raping the victim in the presence of her children, along with key suspect Abid Ali, after her car broke down on the Sialkot-Lahore Motorway.

During inquiries, Shafqat has revealed a third name in their gang. Bala Mistri was arrested on Tuesday morning and police have said that he was complicit in robberies with Abid and Shafqat but had not been involved in the gang-rape.

Shafqat also told police that he and Abid had tried to rape a woman in Sheikhupura a month earlier but Punjab Police had arrived on the scene and forced them to flee. “We spent a night at Qila Sattar Shah after committing the rape,” Shafqat reportedly told police. “The next day, I went to Dialpur and Abid went to his father at Manga Mandi,” he added.

The suspect has claimed that he has not been in touch with Abid for three days.

Local media has reported that Shafqat and Abid often robbed passersby on the Lahore-Sialkot motorway, and had been at the site on Sept. 9 with the same intent. According to Shafqat, they saw the car parked on the roadside and approached it before threatening and robbing its occupants. They then gang-raped the woman in front of her children after dragging them to a nearby field.

Police have said that Shafqat’s DNA was verified by the Punjab Forensic Science Agency, adding that Abid’s DNA had already been available with the organization because he had been charged with gang-raping a woman and her daughter in 2013. The accused was bailed out in that case and it was resolved through a local village council.

According to sources, Abid has been arrested several times in the past while Shafqat has staged several crimes but never been apprehended before.

Punjab Information Minister Fayyazul Hasan Chohan has confirmed that Abid’s father, wife, and other family members have been arrested in a bid to pressure him to surrender to authorities.

On Saturday, Chief Minister Buzdar announced Rs. 2.5 million in head money for any information leading to the arrest of the gang-rape suspects. He said the identity of any informants would be kept confidential.

Early on Sept. 9, two armed men robbed and gang-raped a woman in front of her children on the Lahore-Sialkot motorway. According to police, they snatched her purse with Rs. 100,000 in cash, one bracelet, car registration papers, and three ATM cards.