Laptop Ban on Flights to U.S. ‘Likely’ to Expand 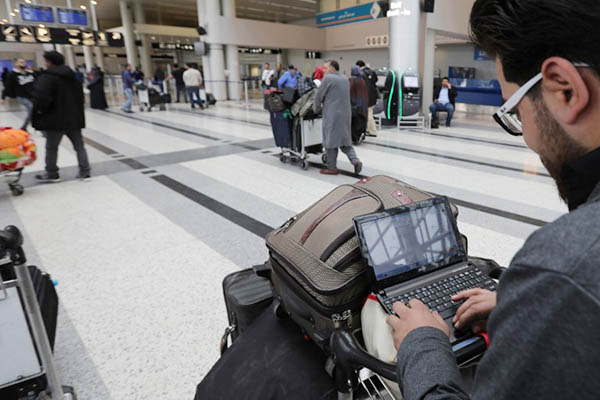 U.S. official says future expansions to ban may include regions beyond the Middle East and Europe

A ban on laptops and other electronics in the cabin of flights from Europe to America will likely be further expanded to include additional countries, a U.S. official said on Tuesday.

In March, U.S. authorities banned passengers on direct flights to the United States from 10 airports in eight countries from bringing laptops, tablets and other electronic devices larger than cellphones into the cabin. The Department of Homeland Security sparked deep concern in Europe last week when it said it would soon decide on extending the ban to European airlines.

It is “likely that the restrictions that were put in place in March could be expanded to other areas,” Department of Homeland Security spokesman David Lapan said. “But not solely Europe—extended to additional areas,” he added, without giving details.

DHS Deputy Secretary Elaine Duke is due to attend high-level talks with European partners in Brussels on Wednesday. Lapan said talks would consider the “scale and scope” of what the laptop ban might entail.

A U.S. ban on now ubiquitous laptops could cause havoc, with more than 3,250 flights a week scheduled to leave E.U. airports for the U.S. this summer, according to industry data. Some experts also say there is a security risk in putting them with checked luggage given the danger of their batteries catching fire.

Lapan defended a prospective ban, saying authorities need to keep up with the changing nature of terrorist threats. “How many attempts have we seen at bringing down a commercial airliner—underwear bombs, using liquids, using [printer] cartridges,” he said. “It’s always incumbent on us to figure out where those who wish to do us harm are going to next and try to stop that.”

President Donald Trump is engulfed in crisis amid reports that he shared with top Russian officials details about an Islamic State group terror threat related to the use of laptop computers on airplanes.