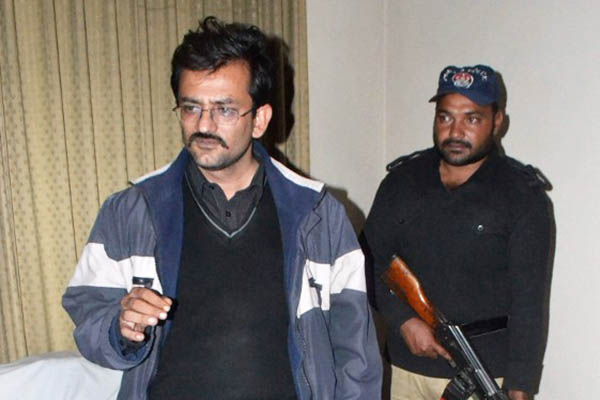 Shahbaz Gormani is the appointed defense counsel for Junaid Hafeez, whose previous lawyer was shot dead in May.

Gunmen opened fire at the residence of a lawyer defending a university lecturer accused of blasphemy and dropped a letter warning him to withdraw from the case, police said Thursday.

Shahbaz Gormani escaped unhurt after gunmen riding motorbikes attacked his residence in Multan late on Wednesday. Gormani had been appointed defense lawyer in the case after gunmen shot dead Rashid Rehman, a defense counsel for Junaid Hafeez in May.

Hafeez, a lecturer at Bahauddin Zakariya University, was accused of making derogatory remarks against Islam’s Prophet in March last year. Hafeez was known at the university for his liberal views and the blasphemy case was registered after pressure from rightwing student groups.

Gormani said he survived the incident but demanded that Parliament enact laws to protect lawyers representing people accused of blasphemy.

Instead of kindness to fellow creatures and justice tempered with compassion, mean spirited hate and vicious bloodshed have become surrogates for some Muslims concept of piety.
I hope Dr Hafeez and his lawyer who can not help but do his job which is to defend in court the rights of any person accused of crime will receive justice.