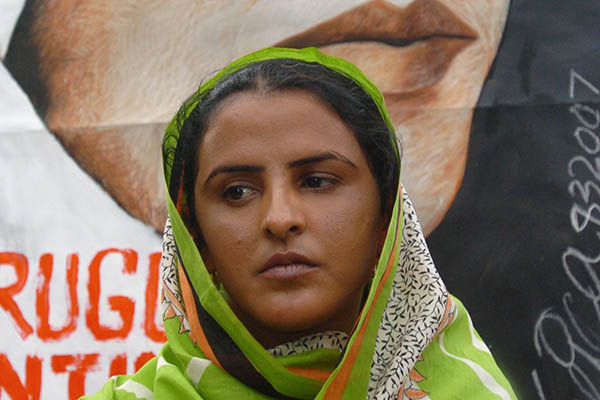 Gang-rape victim says she fears for her family’s safety at the hands of local feudal lords.

Mukhtar Mai, the Pakistani woman gang-raped on the orders of a village council, has urged the government to provide her security, saying she continues to receive death threats over 10 years after she was first assaulted.

“Police have removed the security provided to me by the Punjab government,” she told Newsweek via phone. “There are still serious threats to my life,” she added.

Fifteen men raped Mai to avenge her then 12-year-old brother’s alleged impropriety with a woman from a rival clan. After she took them to court, six men were sentence to death for the horrific crime. However, five were later acquitted and the sixth has had his sentence reduced to life imprisonment. Since the attack, Mai has set up a school for girls in Muzaffargarh and won acclaim for her outspoken views on the oppression of women.

“I have been leading a struggling on violence against women in our male-dominated society,” she said. “It is a very difficult job, especially with the opposition of local feudal lords.”

According to Mai, it took her 10 years to get any justice after her gang rape and she did not want the girls at her school to suffer the same indignity. “I am now trying to make the girls of my area aware of their basic rights by providing them education to ensure no other innocent girl is targeted,” she said. “The feudal lords consider this against their interests so they try to stop me … they can even attempt to kill me,” she added.

Mai said she did not want special attention; just the security that had already been provided to her. In 2002, Mai was granted security for life by then-Punjab governor Khalid Maqbool. “I have requested the Punjab government to resume the security protocol that had been deployed outside my house,” she said, adding she feared for her the safety of her family more than her own life.

“Before my marriage, it was only my life. Now, I have a husband and child and they [feudal lords] can target my family [to get to me],” she added. “I don’t want my life ruined once again,” she said. “After I got raped, it was difficult to return to leading a normal life, but I made it through with the support of people and the media,” she said.

Rao Zameer, the senior police officer in Muzzafargarh, said the security had been removed as part of a routine transfer. “This is a normal process related to departmental transfers,” he said. “We will try to sort out the issue as soon as possible,” he added.

I think it is extremely important that Mai’s security be resumed and she receive security detail uninterrupted It is the matter of life and death, She should not be victimized again , this time by the State.

The feudal lords are too callous and cruel These mean people have not gotten over their insult and defeat at the hands of Mai. She needs to be protected as she is a national asset and international Icon.