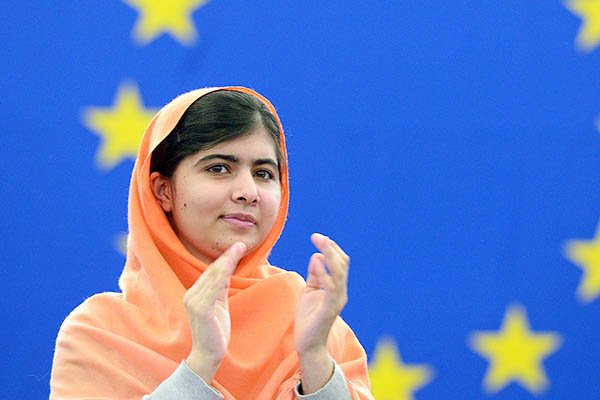 Military spokesman says 10 men involved in attack on education activist have been detained.

The Pakistan Army said on Friday that gunmen who tried to kill schoolgirl campaigner Malala Yousafzai in Swat in 2012 have been arrested.

The teenage activist was shot in the head by Taliban gunmen but recovered and went on to earn international plaudits for her fight for the right of all children to an education.

The detention of the 10 men, a joint operation involving Army, police and intelligence agencies, came as part of the Pakistani military’s ongoing offensive against the Tehreek-e-Taliban Pakistan (TTP) and other extremist outfits. “The group involved in the attack on Malala Yousafzai has been arrested,” Maj. Gen. Asim Bajwa told a news conference.

He said the group was part of the TTP and the plan to kill Malala came from the militant group’s current leader Maulana Fazlullah.

After narrowly surviving the assassination bid, Malala was taken to Britain with her family for treatment, where she now lives. Her courageous recovery has made her a global figure—she won the EU’s prestigious Sakharov human rights prize last year and was nominated for the Nobel Peace Prize.

An address she gave to the United Nations General Assembly in July last year, in which she vowed she would never be silenced, earned her a standing ovation.

Malala first rose to prominence in 2009, aged just 11, with a blog for the BBC Urdu service chronicling life under Taliban rule in Swat.