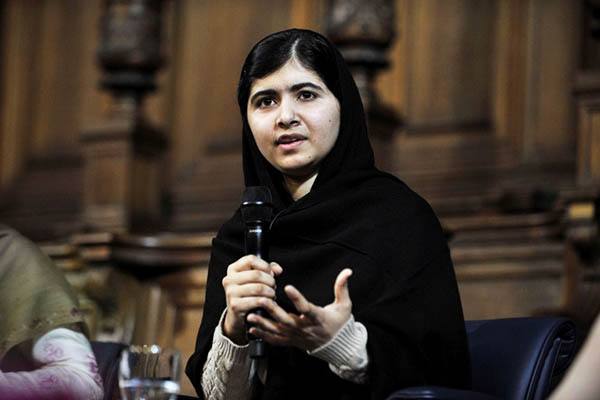 Nobel laureate says international community can do a lot more to resolve the crisis.

“As we mark this tragic 300th day of captivity for hundreds of kidnapped Nigerian schoolgirls, I call on people everywhere to join me in demanding urgent action to free these heroic girls,” she said.

Boko Haram fighters seized 276 teenagers from the Government Girls’ Secondary School in the remote town of Chibok, in Borno state, northeast Nigeria, on the evening of April 14 last year. Fifty-seven managed to escaped but 219 are still being held, despite military claims that they had been located but that a rescue operation was too fraught with danger to be conducted.

The girls’ abduction and subsequent claims from Boko Haram leader Abubakar Shekau that they have been forcibly converted to Islam or married off sparked global outrage. The hashtag #BringBackOurGirls trended on social media and saw prominent figures, including U.S. First Lady Michelle Obama, tweet their support, as well as global street protests.

Malala, 17, who was shot by the Pakistani Taliban for defying threats about her attending school, visited Nigeria in July last year to urge President Goodluck Jonathan to take action. Jonathan has been widely criticized for what has been seen as a lackluster response to the crisis and for failing to end the deadly, six-year insurgency.

On Sunday, Malala said the government in Abuja and the international community “can and must do much more to resolve this crisis and change their weak response to date.”

“If these girls were the children of politically or financially powerful parents, much more would be done to free them,” the children’s rights campaigner added in a statement. “But they come from an impoverished area of northeast Nigeria and sadly, little has changed since they were kidnapped.”

Nigeria is preparing to go to the polls to elect a new president and parliament.

Malala said politicians who secure a win should commit to making the Chibok girls’ release—and the education of all Nigerian children—a priority in their first 100 days in office.

“Let’s end this horrible saga now. Leaders must make sure the #BringBackOurGirls effort results in a real outcome: the return of the Chibok girls,” she added.