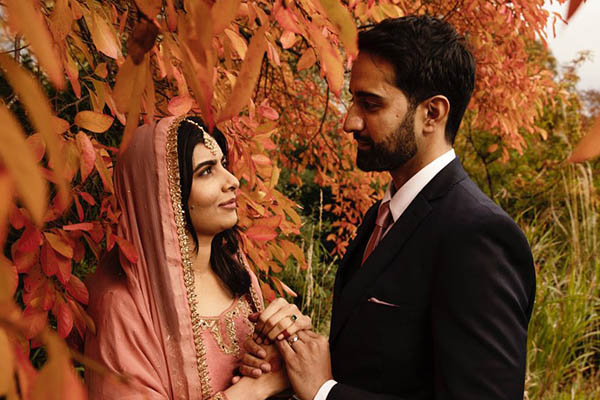 Nobel laureate weds in small ceremony at Birmingham home, describing it as ‘precious day’ in her life

Nobel laureate Malala Yousafzai on Tuesday night announced that she had gotten married to Asser Malik in a “small nikkah ceremony” at her home in Birmingham.

“Today marks a precious day in my life,” she said in a posting on Twitter. “Asser and I tied the knot to be partners for life. We celebrate a small nikkah ceremony at home in Birmingham with our families. Please send us your prayers. We are excited to walk together for the journey ahead,” she added.

The 24-year-old’s post was accompanied with four photos from the nikkah ceremony in which the couple could be seen signing their nikkah document and posing with each other and her parents.

“It is beyond words. Toor Pekai and I are overwhelmed with joy and gratitude,” wrote Malala’s father, Ziauddin Yousafzai, in a post on Twitter.

She was also congratulated on her nuptials by several prominent personalities, including Jemima Goldsmith and Bakhtawar Bhutto-Zardari.