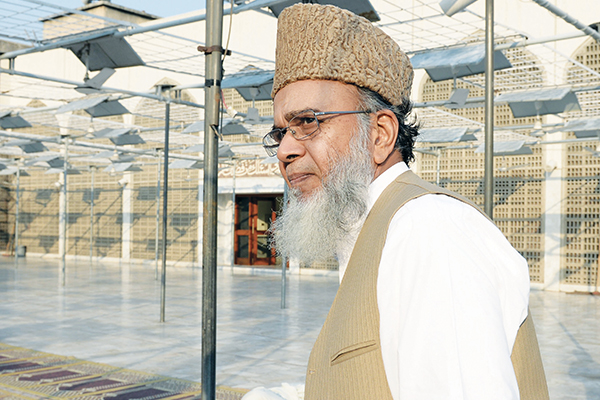 When it comes to Pakistani security personnel, Syed Munawar Hasan only sees dead people, not martyrs. The firebrand Jamaat-e-Islami chief’s repugnant remark—he maintains that Hakimullah Mehsud is a martyr, and martyred soldiers are really abettors of Allah’s enemy—was, refreshingly, widely panned by Pakistanis. The military excoriated Hasan for his seditious statement, which clearly sought to divide the Army’s rank and file, and demanded an unconditional apology. The information minister also endorsed the military’s condemnation, and even allegedly pro-Taliban politicians like Prime Minister Nawaz Sharif and Jamaat’s coalition partner Imran Khan expressed disdain at Hasan’s craven capitulation. But Hasan has not blinked. And his party has thrown its fulsome heft behind Hasan, whose predecessor, Qazi Hussain Ahmed, took a notably dim view of the Pakistani Taliban and was targeted for assassination by Mehsud’s suicidal henchmen. By rubbishing the sacrifices of thousands of Pakistani civilians and security personnel killed by the Taliban, rabid Hasan has undone years of Ahmed’s work and martyred his own party by speeding it to the verge of political extinction.

Battle for Devolution in Sindh