Sadiq Sanjrani Re-Elected as Chairman of the Pakistan Senate 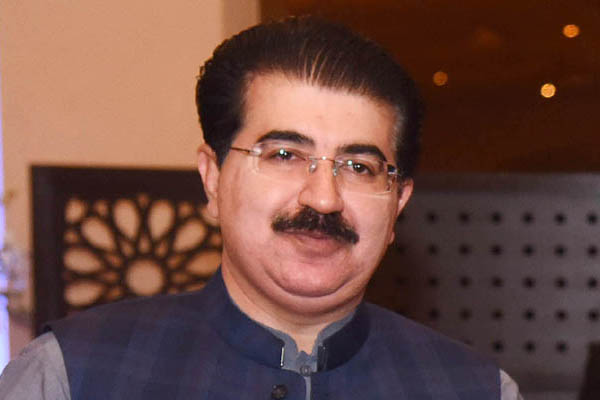 The government candidate secured 48 votes, against rival Gilani’s 42 votes, to win the election

Sadiq Sanjrani, the ruling coalition’s candidate for the chairmanship of the Pakistan Senate, on Friday secured 48 votes—one more than the numerical strength of the government—against the 42 votes won by rival Yousaf Raza Gilani, the joint candidate of the opposition’s Pakistan Democratic Movement. Eight votes were rejected for being stamped improperly.

According to Senate officials, 98 votes were cast in total. They said that Jamaat-e-Islami Senator Mushtaq Ahmed boycotted the session in line with an earlier statement of his party leadership, while Ishaq Dar of the Pakistan Muslim League (Nawaz)’s notification was suspended by the Election Commission of Pakistan after he was declared an absconder.

The PTI-led government had nominated outgoing Senate chairman Sanjrani and Senator Mirza Mohammad Afridi, a senator from the erstwhile tribal areas, for the slots of chairman and deputy chairman, respectively. Running against them were the joint opposition’s Gilani of the Pakistan Peoples Party, and Maulana Abdul Ghafoor Haideri of the Jamiat Ulema-e-Islam (Fazl).

Prior to the polls, the opposition had alleged that the government was attempting to pressure their lawmakers into voting for the ruling coalition’s candidates. The discovery of cameras—claimed by the government to be CCTV cameras—pointed at the polling booth provoked controversy in the morning, as the opposition accused the PTI of violating the sanctity of the secret ballot and the Upper House of Parliament. A six-member committee, comprising three members each of the government and the opposition, has been tasked with determining who installed the cameras in Parliament House.

Observers had also warned that while the opposition had a clear majority, the contest would remain tense as even minor deviations from party policy could result in an upset similar to the one witnessed when Gilani defeated Abdul Hafeez Shaikh for a general Senate seat from Islamabad.

According to the Election Commission of Pakistan, the ruling coalition had the support of 27 members of the PTI; 12 of the Balochistan Awami Party; three of the MQM; three independents; and one senator each of the PMLQ and GDA, or 47 members in total. Meanwhile, the opposition’s strength included 21 senators of the PPP; 17 of the PMLN; five of the JUIF; and two each of the ANP, BNP-Mengal, PkMAP and National Party; and one of Jamaat-e-Islami. Their total numerical strength comes to 52, though the JI had announced a day earlier that it would not vote for either the government or the opposition.

The Upper House’s total membership equals 100, but only 99 votes were available, as the PMLN’s Ishaq Dar never took oath of office and has been in London since 2017. His notification was suspended by the ECP after he was declared an absconder.