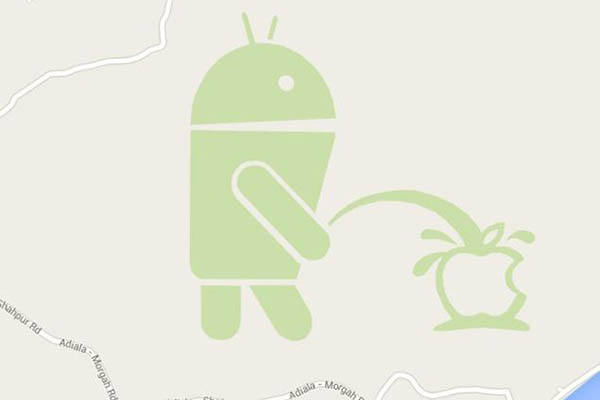 Online giant says it is working on ways to combat incorrect edits.

Google was re-evaluating its user-edited online map system on Friday after its latest embarrassing incident went viral—an image of an Android mascot urinating on an Apple logo.

The image, part of a crowd-sourced edit on Google Maps, appeared briefly at a Pakistani location before it was removed by the online giant Friday. In a statement to U.S. media, Google apologized for the inappropriate image and said it was working to step up verification of user edits on its Map Maker platform.

“Handling spam is a complex issue and we’re continuously working on ways to improve our systems, including new ways of preventing, detecting and taking down incorrect edits,” Google told the news website TechCrunch.

The statement added that “the vast majority of users who edit our maps provide great contributions, such as mapping places that have never been mapped before, or adding new business openings or address changes.”

The incident was the latest prank affecting Google Maps, which can be edited by any user. Earlier this month, someone revised the map of the White House in Washington to include a new business called “Edwards Snow Den,” an apparent effort to draw attention to former national security contractor Edward Snowden, who leaked a trove of secret documents on U.S. surveillance.