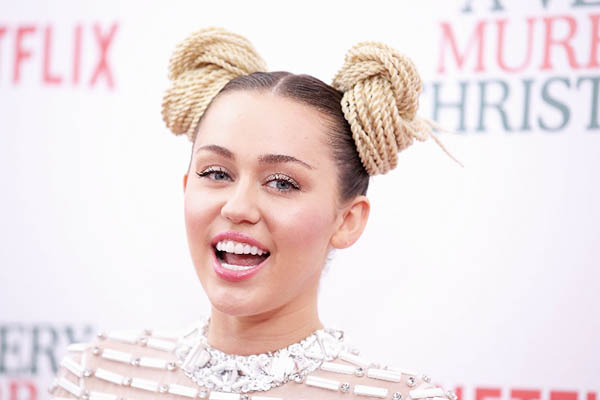 The 1960s-set six-episode show will also feature 83-year-old Elaine May.

Pop star Miley Cyrus will be the latest muse of Woody Allen as the legendary comedian directs his first television series for Amazon.

Cyrus, the 23-year-old Disney actress turned singer and master of provocation, said that she will appear in the yet untitled project that the online retail giant plans to stream later this year.

Cyrus posted on Instagram a blue-hued painting of the famously bespectacled Allen, saying that she had kept his picture “next to my bed for a few years.”

“I was looking into his eyes when I got the call to be a part of the cast,” she wrote, expressing her joy with a string or profanities.

She will appear across from 83-year-old Elaine May who starred in Allen’s 2000 film Small Time Crooks, a comedy about theft in the art dealing world. A spokeswoman for Cyrus also confirmed that she would appear in the series.

Hollywood publication Deadline first reported that the 80-year-old Allen had decided to cast Cyrus in the initial six-episode run of the series that will be set in the 1960s.

Amazon announced a year ago that it had signed up Allen, the New Yorker who has directed classic films such as Manhattan and Annie Hall, to create his very first television series.

Amazon has been seeking to catch up with Netflix, which has won loyal followings through series such as the dark Washington thriller House of Cards and the prison comedy Orange Is the New Black. Amazon has already won awards with Transparent, a comedy-drama about a family dealing with a transgender father, and Mozart in the Jungle, about the wild off-stage lives of New York classical musicians.

Cyrus, the daughter of country star Billy Ray Cyrus, rose to fame on the show Hannah Montana but has since taken a marked turn toward racier fare.

Known for her pansexual identity and comfort with nudity, Cyrus returned to the public eye in August by hosting the MTV Video Music Awards and releasing an album with alternative rock band The Flaming Lips.

Allen, known for his sharp-tongued wit and fascination with sexual taboos, has throughout his career worked closely with a number of actresses including former partners Diane Keaton and Mia Farrow.