Ministry of Power Claims Center Not to Blame for Karachi Loadshedding 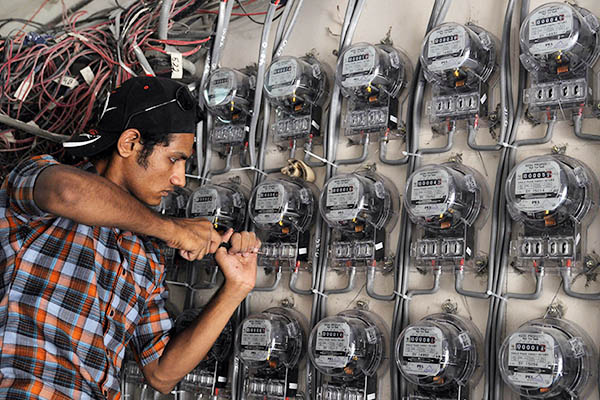 In statement, ministry claims K-Electric has failed to upgrade its system and has transmission issues beyond fuel shortage

Pakistan’s Ministry of Power on Sunday rejected K-Electric’s claims that ongoing loadshedding in Karachi was the result of a fuel shortage and the center’s inability to provide the stocks required to maintain electricity generation.

A spokesperson of the ministry, in a statement, said that a recent meeting between government officials and the power utility company had decided that it would now receive 290 million cubic feet of gas per day (mmcfd) against the 190 mmcfd it was being provided earlier. It accused KE of “depriving citizens” of the facts by linking loadshedding to a lack of fuel supply from Islamabad.

However, KE had alleged this during a public hearing on Friday, while the decision to increase the gas supply was only taken on Saturday.

According to the spokesperson, KE’s system could only transmit 750MW of power even though it had 800MW available. He said the utility needed to upgrade its system to match the increase in demand. The center has also offered to provide 1,000MW of electricity to KE, he said, adding that this could only happen once the utility had upgraded its grid to the required 500KV.

“Setting aside fuel supply, the KE system was even not able to uplift electricity,” the spokesman claimed, adding that work was underway to provide approximately 500MW of electricity to KE, including 500 additional tons of furnace oil and an upgraded transmission system. He said this would take around 10 months to complete.

On Saturday, Planning Minister Asad Umar had announced that Karachi would not experience any more unannounced loadshedding from Sunday. This has proven false, as there are still reports of many areas of the metropolis suffering from unscheduled power outages.

Umar had claimed that the government had informed the KE that it wanted to help resolve the power outages being inflicted on the people of Karachi. “However, if this is still not done, we will use the full force of the law to make sure the people are not deprived of electricity. The federal government can take over KE if it does not improve its services,” he warned, suggesting the incumbent government wants to nationalize the utility.

On Friday, during a public hearing in Islamabad, KE CEO Moonis Alvi had accused the federal government of being responsible for the current power crisis in the Sindh capital. “The required quantity of oil and gas is not provided to the KE, which results in low production of electricity. The federal government also did not allow us to install the projects which were approved in 2016,” he said, adding the utility was considering availing rental power to meet the gap in the short-term.