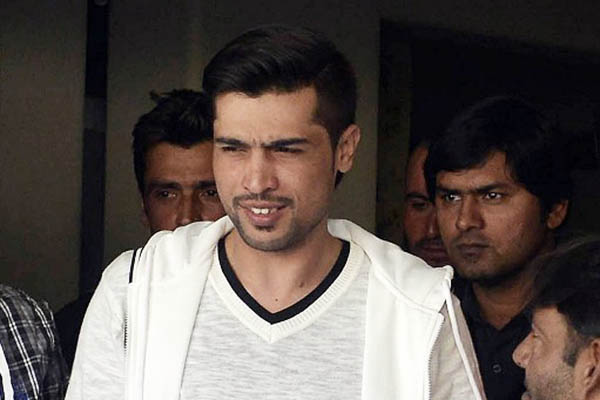 Disgraced Pakistan paceman Mohammad Amir has been fined 150 percent of his match fee after a row with another former international, Faisal Iqbal, during a domestic tie, officials said Thursday.

Amir, who is playing domestically after he was banned from international matches for five years in a 2010 spot-fixing scandal, allegedly cursed at Iqbal during the match on Monday. Iqbal, according to game footage, responded by calling Amir a “thief,” provoking the bowler into another verbal attack.

Amir, along with then captain Salman Butt and Mohammad Asif, was charged for orchestrating deliberate no-balls during a Test against England at Lord’s in 2010. The trio, along with their agent, was jailed for several months in 2011.

The ICC lifted sanctions on all three players last month.