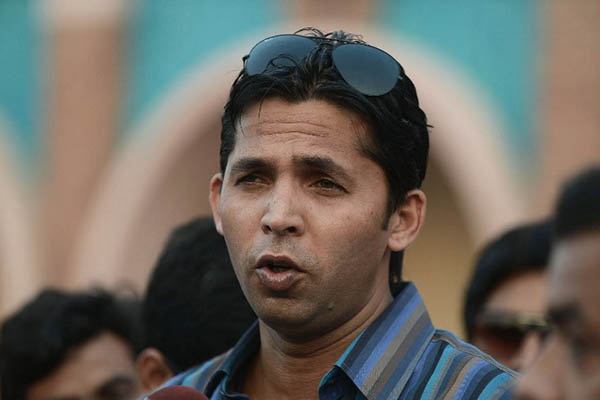 Cricketer says he has sought forgiveness and accepts that some fans will remain angry over his spot-fixing actions.

Disgraced Pakistan paceman Mohammad Asif told AFP on Thursday he was ready to face fans’ abuse when he returns to cricket after a five-year ban for spot-fixing, vowing to change their minds with his performances.

Asif is free to play again from Sept. 2 after the International Cricket Council (ICC) announced he had completed his punishment for his part in a 2010 spot-fixing scandal in England. Asif, Mohammad Amir and former captain Salman Butt were banned from all forms of the game for arranging deliberate no-balls during the Lord’s Test against England in 2010 in return for money in a deal with an undercover tabloid reporter.

The ICC relaxed the ban on Amir earlier in the year, allowing him to play domestic matches, and said Wednesday that Butt and Asif would be eligible from next month.

Asif told AFP he was relieved—and braced for the abuse that may accompany his return to the field. “What if people shout and call me a cheat? I am ready for that because I have taken every tough thing in the last five years on the chin, so let the fans show their anger,” he said by phone from Lahore. “I committed a mistake, for which I have asked for forgiveness from Allah almighty and have also said sorry to the nation, so I am ready to face any more anger and I am sure my deeds and my bowling will change views about me.”

Some in the game, including former Pakistan captain Rashid Latif, have said the shamed trio should not be allowed to return but Asif insists he is a changed man.

“People should accept the fact that we have completed our punishment, relieved by the same body which banned us, so you can’t give more punishment for one crime,” he said. “I have made a resolution: to change people’s opinions and not to make the same mistake again,” said Asif, who is gearing up to play for Lahore in the National Twenty20 tournament starting next month.

Asif said he had been dabbling in business and even films, but cricket remained his first priority—and set his sights on a return to internationals. “It’s an open ground for everyone, if I perform, get my rhythm back then I will be selected for Pakistan again, for which I am very keen,” he said.

Imran Khan once rated Asif as Pakistan’s best new-ball bowler, but at 32 years old he may struggle to reach the heights of his early years. Even before the spot-fixing scandal Asif had been a controversial figure, after failing two dope tests, the last of which in India’s domestic Twenty20 league earned him a one-year ban in 2008.