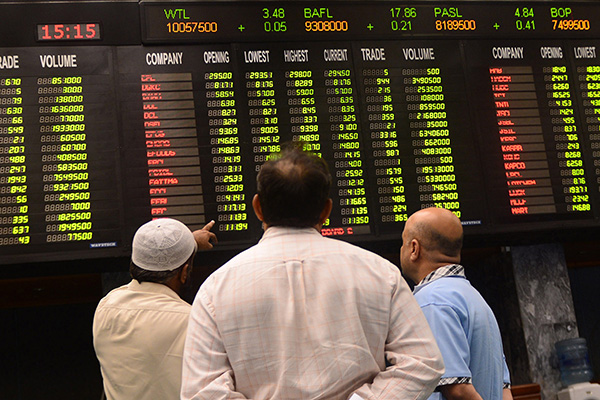 Pakistanis are hoping their new prime minister will roll out high-profile projects that became his party’s trademark in its political heartland of Punjab, but the nation’s dire finances threaten the optimism.

The Pakistan Muslim League (Nawaz) won huge popularity and a reputation for getting things done with a series of big-ticket schemes over the past five years in Punjab, the country’s most populous province. A metro bus system in Lahore—the first such scheme in the country’s 65-year history—free laptops and solar energy panels for students and a network of high-quality schools in poor rural areas made Punjab the envy of Pakistan.

In the campaign for the May 11 general elections, PMLN leader and now Prime Minister Nawaz Sharif and his younger brother, Punjab Chief Minister Shahbaz Sharif, promised similar schemes for the whole country. After five years of listless government under the Pakistan Peoples Party, voters responded to the promise of action and handed the party a majority.

In Lahore, the Metro Bus that launched in February has facilitated travel around the city—a traffic-clogged mishmash of colonial-era buildings, cheap housing and newer, more upmarket suburbs. The 27-station network of buses running on dedicated lanes and elevated roadways, run by a Turkish company and carrying 120,000 passengers a day, was built at a cost of Rs. 30 billion. Terminals offer a computerized fare system and commuters can use smart cards to avoid the hassle of queuing—a welcome use of technology in a bureaucratic land.

Hira Farhat, a pharmacy student at the University of Punjab, was delighted with the service. “It’s comfortable and quicker than other means of transport. It has cooling system and takes me to my university in 15 minutes. The government must start it in other cities also,” she said.

The PMLN has promised to take the metro bus to Karachi, the largest city and economic heart of Pakistan, and the capital Islamabad.

Nawaz Sharif’s first speech in his third term as P.M. last week was strong on talk of investment in infrastructure, particularly a road-and-rail network to link northern neighbor China to the southwestern port of Gwadar, recently taken over by Beijing. “All development projects will be completed before the completion of our five-year term so that people can get the fruits,” said Sharif.

But populist projects do not come cheap and Pakistan is in a dire financial predicament, with a fiscal deficit in 2012 of 8.5 percent of GDP and growth in 2013 forecast at 3.5 percent—half what economists say is needed to absorb the growing young population into the workforce. More pressingly, foreign exchange reserves are dwindling, to just $6.6 billion in late May, or less than two months’ export cover, down from $11.3 billion a year earlier.

The opposition in Punjab says the PMLN’s flagship projects were marred by corruption and ran hugely over budget, leaving other cities and districts under-resourced. “The Punjab government crossed the initial estimates for Metro Bus and spent Rs. 70 billion instead of Rs. 30 billion,” says Raja Riaz, former PPP opposition leader in the Punjab. “They cut the development funds of other cities for this one project and also diverted the finances of much more important departments like education and health.”

Islamabad is due to repay the International Monetary Fund more than $4 billion by the end of 2014, putting further pressure on currency reserves, and many observers expect Pakistan to have to ask for another loan. That would come with a host of tough conditions, including boosting Pakistan’s tax collection, which currently brings in less than 10 percent of GDP.

Sharif has said he would welcome help from the likes of Turkey and China as he seeks to boost the economy, but analysts are warning the PMLN’s projects could create extra burdens.

“These are good projects but at the same time the government should also be in the business of mobilizing resources,” said Ashfaq Hassan Khan, principal of the National University of Science and Technology Business School. “If resources are not mobilized and yet we go for financing all these kinds of projects nationally, it will lead to a larger budget deficit and accumulation of more debt.”

Economist Kaiser Bengali agreed, saying there was scope to improve existing infrastructure at much lower cost than beginning new schemes. “For example, we have already a network of circular railway in Karachi and government can use it for better transportation of commuters instead of working on a new project,” he said. “But our rulers go for new fancy projects and they want to spend money on new schemes.”