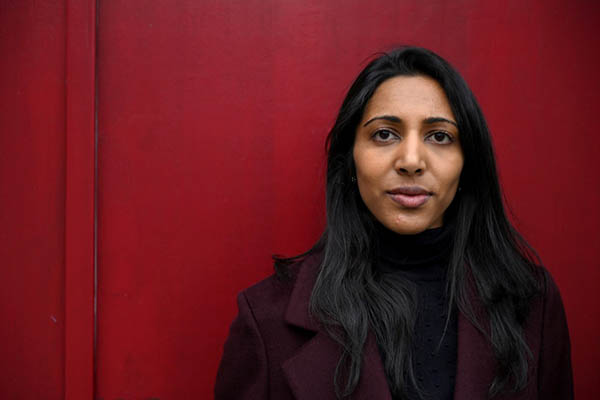 Vidhya Ramalingam believes it’s always possible to change, even for people deeply involved in the murky online world of jihadist and far-right extremism.

Her company Moonshot CVE has the ambitious aim of trying to get anyone tempted by violence back on the straight and narrow. Over the last four years, the London-based start-up has grown quietly but not anonymously, if a recent partnership deal with Facebook is anything to go by.

U.S. national Ramalingam and the firm’s co-founder Ross Frenett previously worked as researchers into extremism and believe radical groups are often one step ahead when it comes to technology. “There was a lot of recognition that terrorists were using the internet in creative ways, that they were reaching young audiences, that they were able to innovate,” she told AFP in an interview.

“Yet those of us that were trying to counter them simply were moving too slowly and had too many constraints to actually replicate those methods for counter-terrorism purposes.” That led to the idea of a technology start-up able to keep up with and fight against all forms of violent extremism, from jihadists and neo-Nazis, to nationalists and even “incels”. But greater visibility has forced the company to take more security measures because of the sensitive nature of its work—and the potential for violence from the people it tracks.

The address of Moonshot CVE’s London offices is kept secret and most of its staff have no visible online presence. Just to get into its premises in a nondescript building in the British capital, visitors have to pass through heavy armor-plated doors and a security check.

“We take precautions,” said Ramalingam. “We work on high-risk issues and we try and put as much into the public domain as possible.”

The start-up’s name refers to the act of launching a rocket to the moon—and gives an indication of its stellar ambition. The CVE stands for countering violent extremism. It employs 40 people working in 15 languages, including English, French and Arabic, on 76 projects in 28 countries, with clients ranging from governments to technology firms.

One project is a collaboration with the Canadian government against jihadism and the far-right. Another works with the United Nations on online Islamist content in Asia.

The company has also had a partnership for several years with Google, using online advertising to target people looking up violent extremism on the net.

The Facebook contract involves Moonshot analyzing how effective the social network could be to “deradicalize” users looking up extremist content.

Moonshot is classed as a “social enterprise” in that it reinvests most of its profits into the projects it develops and technology, guaranteeing independence. It’s known for having developed the “redirect method” of finding individuals taken in by violent extremism then trying to make them change their ways.

That involves identifying people searching for such content online, finding out as much possible how they are doing it and what ideas they are looking for, before intervening. That can even include direct contact, using social workers or mental health specialists who work in the “real world.”

Jihadist online networks are known for being more difficult to infiltrate, and often use hard-to-access encrypted software such as the Telegram messaging app and other platforms. Far-right extremists and white supremacists on the other hand are often more inclined to air their views openly, which makes them easier to find, said Ramalingam.

“Obviously, if we believe someone poses an imminent threat, that’s where it’s beyond our organization,” she added. “Only on rare occasions we’ll engage with law enforcement on this.”

Since 2015, Moonshot has gathered huge amounts of data and experience, while Ramalingam says direct messages sent to users offering help have been particularly successful. “I’ve worked with so many individuals that were deep in these sort of groups,” she said. “They’ve now left and turned their life around and some of them have become peace activists. It’s a huge transformation. To my mind change is always possible because I’ve seen it with my own eyes. You have to have an optimistic view.”