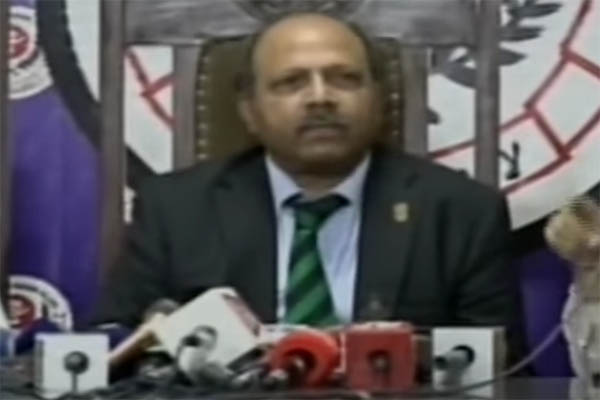 Senior members of the Pakistan Medical Association (PMA) in Lahore on Thursday urged the government to reconsider allowing congregational prayers in mosques and suggested that stricter lockdowns should be implemented rather than easing restrictions.

PMA President Dr. Ashraf Nizami told journalists in the capital of Punjab province that the country was not prepared to cope with the rapid rise of coronavirus cases that would result from movement restrictions ending. “Your [federal government] imprudent steps will not be good for us,” he said, adding that the agreement between the ulema and the government could not be practically implemented.

“The rule they have made that there should be a six feet distance between worshippers… it’s not possible,” he said. “We appeal the government to review its decision and establish writ of the state,” he said, adding that if the Kaaba and Masjid-e-Nabwi could be closed to congregations, than so could mosques in Pakistan. “Our religious scholars have also said that tarawih and regular prayers should not be offered in mosques,” he said. “The decisions taken by Saudi Arabia, Dubai, Turkey, Malaysia and Indonesia as Muslim countries should be adopted by Pakistan.”

According to Dr. Nizami, no one wants to see mosques closed during Ramzan, but the risk of COVID-19 spreading rapidly among worshippers was too great. “I don’t want to scare you, but I would like to inform you that the [confirmed cases] are not in the thousands… the number is [likely more than] 100,000 but it is definitely not less,” he warned, noting that despite Pakistan’s limited testing capacity, the country had already crossed 10,000 confirmed cases and 200 deaths.

To quell critics, the senior doctor said this number was not based on assumptions but rather “mathematics.” He said that global research into COVID-19 had found around 80 percent of patients had no symptoms, while Pakistan has not bothered to test any individuals without symptoms. “If they are tested, the number of cases will be much higher,” he added.

Dr. Nizami warned that any further easing of the ongoing restrictions could spell disaster and called for the imposition of a “100 percent lockdown,” including on religious gatherings. “We have always said that prevention is better than cure. And in this case, it is a thousand times better to stay cautious,” he said

“There is no cure for this virus… there is no treatment for COVID-19,” he warned, adding that he could not comment on the economy, but as a medical professional believed that so long as there was life, there was opportunity.

“To say that we’ll either die from the virus or from poverty is not right. This is a very negative trend,” he said, referring to Prime Minister Imran Khan’s repeated assertions that impoverished Pakistanis can opt to either die of the novel coronavirus or of hunger. To a question

The Lahore chapter of the PMA spoke out a day after senior doctors in Sindh capital Karachi urged the government to review its decision to allow prayer congregations, warning it could result in an “exponential growth” in the number of coronavirus infections. After the press conference, a spokesman of the ruling Pakistan Tehreek-e-Insaf had alleged that the doctors had been forced to criticize the government’s COVID-19 response by the Sindh government. The PTI has the government in Punjab.