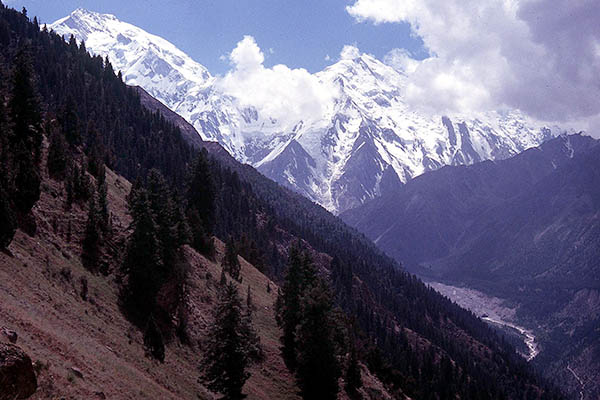 Ten officers were injured in standoff and two other people taken into custody.

A key suspect in the 2013 massacre of foreign climbers in Pakistan is on the run after he hurled grenades at officers who were pursuing him, injuring 10 of them, officials said Tuesday.

The suspect, named by police as Rahimullah, has a bounty on his head of Rs. 1 million over his alleged involvement in the attack on the base camp at Nanga Parbat, Pakistan’s second highest mountain.

Gunmen dressed in police uniforms stormed the camp and shot dead 10 foreign mountaineers and their guide in an assault that shocked the world and scarred the country’s climbing tourism industry. Police had tracked Rahimullah down to a house in the Tangir area in northern Gilgit-Baltistan province and cordoned it off Sunday night, a local police official told AFP by telephone.

“We raided that house and warned the militant to surrender, but he hurled grenades over the raiding team,” Mehr Ghani said, referring to Rahimullah, who also goes by the alias Azizullah. “We retaliated and the exchange of fire continued for the whole night. When we entered the house in the morning, the suspect had already escaped.”

Ten officers were injured in the standoff and a male relative and a woman who were in the house were taken into custody, Ghani said.

Muhammad Wakeel, spokesman for the local police, said that Rahimullah is one of seven high profile suspects who are still being hunted by investigators in connection with the 2013 attack. “Five other culprits are already in custody,” he said.

Another local police official and a senior administration official confirmed the raid.

Northern Pakistan is home to some of the tallest mountains in the world, including K2, the world’s second highest peak. Mountaineers have long been drawn to the area by the challenging climbs. The foreign victims of the 2013 mountain massacre were identified as one American with dual Chinese citizenship, two other Chinese, three Ukrainians, two Slovakians, one Lithuanian and one Nepalese. A Pakistani guide was also killed.