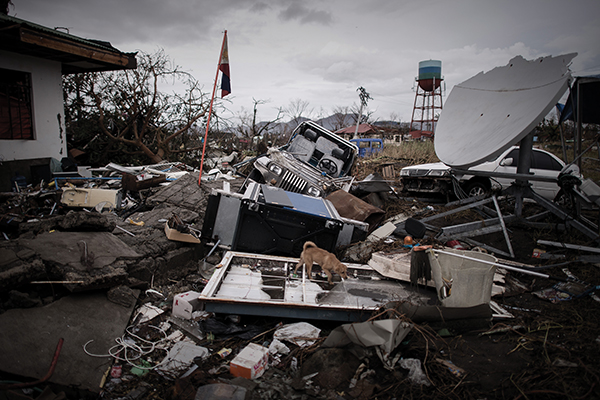 Category 5 Typhoon Haiyan struck the Philippines on Nov. 8, leaving death and destruction in its wake. President Benigno Aquino has declared a state of national calamity. The coastal cities of Tacloban and Guiuan have been gutted, their nearly 300,000 residents are struggling to survive as aid slowly trickles in and rescue efforts are impeded by the loss of vital infrastructure. The official death toll stands at about 3,600—far below earlier projections of 10,000. In all, some 9 million people have been affected. The immediate task now is to ensure food, water, and health facilities are available to the internally displaced. This is no easy job. The storm-ravaged parts of the Philippines are “absolute bedlam,” according to Richard Gordon of the Red Cross. But help is on the way. On Nov. 12, the U.N. launched an appeal for $300 million, and U.S. and British warships steamed toward the typhoon-hit country to offer assistance.