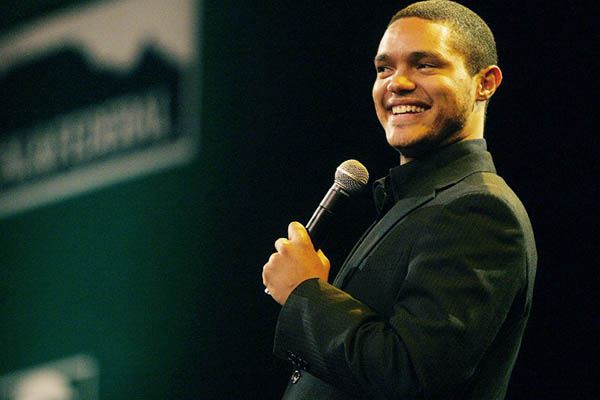 Trevor Noah defends himself by saying he should not be judged by a handful of tweets.

Newly anointed The Daily Show host Trevor Noah faced mounting criticism on Tuesday after the emergence of several past social media posts accused of being racist, sexist and anti-Semitic.

The 31-year-old South African comedian, largely unknown in the United States, was named by Comedy Central television on Monday as the successor to long-serving Daily Show star Jon Stewart. However a firestorm of controversy was raging around Noah’s appointment after the emergence of a series of jokes made on the comic’s Twitter timeline.

He defended himself Tuesday in a tweet saying he should not be judged over past jokes that he called duds.

In one post from 2009, Noah appears to take aim at the Holocaust, tweeting to followers: “Almost bumped a Jewish kid crossing the road. He didn’t look b4 crossing but I still would hav felt so bad in my German car!” Another post appeared to be a barb at Israel’s foreign policy: “South Africans know how to recycle like Israel knows how to be peaceful.”

In another off-color post, Noah, who has a black mother and a white father, makes a raunchy observation about Caucasian women. “A hot white woman with ass is like a unicorn. Even if you do see one, you’ll probably never get to ride it,” he writes. A later post from 2012 referred to violence towards women: “Originally when men proposed they went down on one knee so if the woman said no they were in the perfect uppercut position.”

The posts earned blistering criticism online. “I’m not got going to watch a Daily Show that’s hosted by an anti-Semite,” tweeted New York-based journalist, Marshall Honorof. Jamie Weinstein, an editor with the Daily Caller, suggested Noah’s tweet about Israel “does seem to suggest that Noah believes Israel is an inherently belligerent country…”

The Anti-Defamation League meanwhile wished Noah success in his new role at The Daily Show, but said some of the comedian’s past tweets played into “classic anti-Semitic stereotypes.”

“We need humor—perhaps now more than ever—and we hope that he will build on Jon Stewart’s great legacy,” ADL national director Abraham Foxman said in a statement. “We hope that he will not cross the line from legitimate satire into offensiveness with jokes calling up anti-Semitic stereotypes and misogyny,” Foxman added, urging Noah to avoid “bigoted jokes” targeting Jews, other minorities and women.

Noah turned right back to Twitter on Tuesday to defend himself. “To reduce my views to a handful of jokes that didn’t land is not a true reflection of my character, nor my evolution as a comedian,” he wrote.

Other Twitter users meanwhile expressed surprise that Noah had not quietly purged his timeline before his appointment was announced. “Weird that Trevor Noah didn’t do a quick Twitter cleanup before getting the job,” wrote Tom Gara, the editor of Buzzfeed’s business news site.

Comedy Central appeared unmoved by criticism it branded as “unfair,” offering staunch support to Noah in a statement.  “Like many comedians, Trevor Noah pushes boundaries; he is provocative and spares no one, himself included,” the network said. “To judge him or his comedy based on a handful of jokes is unfair. Trevor is a talented comedian with a bright future at Comedy Central.”

The Daily Show has been led by Stewart for the past 16 years, and become an influential source of news and views for a younger audience that those tuning into straight news broadcasting. In mid-February, Stewart announced he would leave the program, which relentlessly pokes fun at politicians, current events and mainstream cable news.