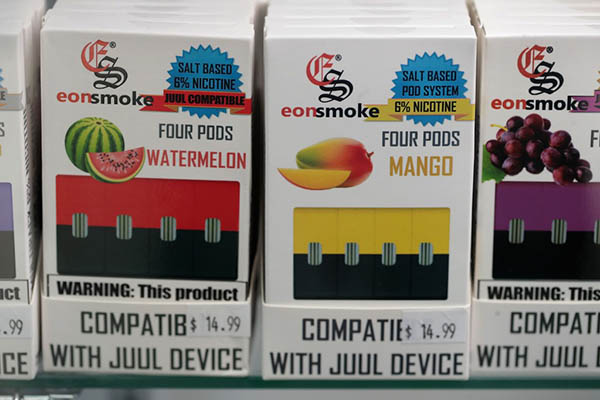 A health council passed emergency legislation proposed by Governor Andrew Cuomo outlawing flavored vaping products amid an outbreak of severe pulmonary disease that has killed seven people and sickened hundreds. The ban comes into force with immediate effect. Michigan became the first state to declare a ban earlier this month, but that law has yet to be implemented.

“It is undeniable that vaping companies are deliberately using flavors like bubblegum, Captain Crunch and cotton candy to get young people hooked on e-cigarettes—it’s a public health crisis and it ends today,” said Cuomo.

President Donald Trump’s administration announced last week that it would soon ban flavored e-cigarette products to stem a rising tide of youth users. The move could later be extended to an outright prohibition of vaping if adolescents migrate to tobacco flavors, seen as more legitimate products that help smokers quit their habit, said the Food and Drug Administration (FDA), which regulates e-cigarettes.

“New York is not waiting for the federal government to act, and by banning flavored e-cigarettes we are safeguarding the public health and helping prevent countless young people from forming costly, unhealthy and potentially deadly life-long habits,” Cuomo added.

Shops in New York now have two weeks to remove vaping products from their shelves. The ban does not prohibit menthol or tobacco-flavored e-cigarettes.

E-cigarettes have been available in the U.S. since 2006 and are sometimes used as an aid to quit smoking traditional tobacco products like cigarettes. Their use among adolescents has skyrocketed in recent years: some 3.6 million middle and high school students used vaping products in 2018, an increase of 1.5 million on the year before.

The Centers for Disease Control and Prevention (CDC) recently that there were now more than 450 possible cases of pulmonary illness associated with vaping in the U.S.

The CDC has cautioned against vaping as officials investigate the precise cause of the deaths. No single substance has been found to be present in all the laboratory samples being examined.

New York’s health department found very high levels of vitamin E oil in cannabis cartridges used by dozens of people in the state who had fallen ill after using e-cigarettes. Vitamin E is a commonly used nutritional supplement but is dangerous when inhaled.

San Francisco, the home of market leader Juul Labs, became the first American city to ban e-cigarettes in June last year. The FDA has warned Juul to stop advertising itself as a less harmful alternative to smoking, noting in particular the company’s attempts to attract young people.