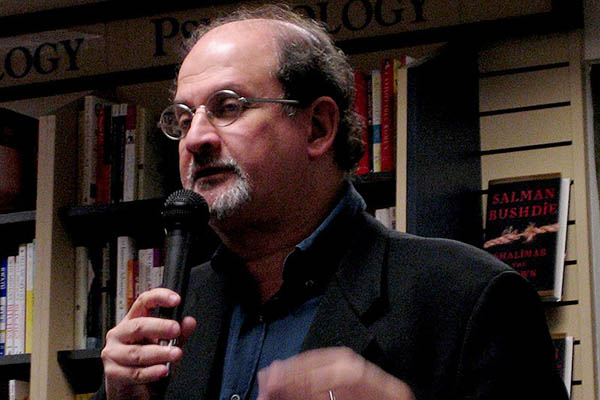 British author Salman Rushdie, whose Satanic Verses led to a fatwa against him from Iran, is currently on a ventilator and will likely lose an eye after being stabbed ahead of a literary event in New York state on Friday.

According to American media, Rushdie was airlifted to hospital shortly after the attack for emergency surgery. In a statement, his agent Andrew Wylie told The New York Times that Salman would likely lose an eye. “The nerves in his arm were severed; and his liver was stabbed and damaged,” he said, adding that the author remained in critical condition and was unable to speak.

The attacker, 24-year-old Hadi Matar, was taken into police custody immediately after the attack. A resident of Fairfield, New Jersey, his motive has not yet been confirmed.

In a statement, police said Rushdie had been stabbed in the neck and abdomen several times, adding that another man, who was to interview the author at the literary event, was also injured but has since been released from hospital.

Rushdie, 75, won Britain’s Booker Prize for his second novel, Midnight’s Children, in 1981, but became a controversial figure after his 1988 book, The Satanic Verses, provoked Iranian revolutionary leader Ayatollah Ruhollah Khomeini to issue a fatwa for his death for alleged blasphemy. Amidst threats to his life—and anyone linked to the book—he spent nearly a decade in hiding before it was believed that sufficient time had passed to allow him to return to the public spotlight.