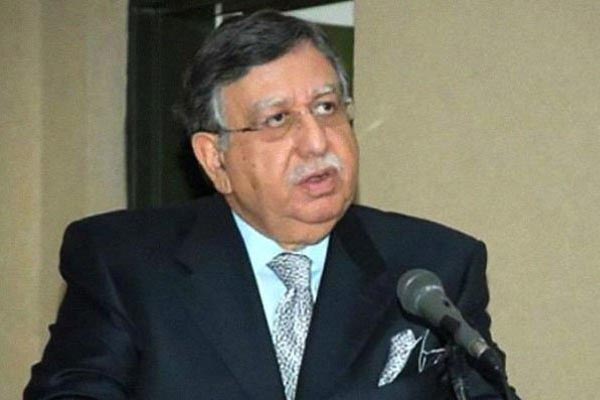 “Pakistan has undertaken sincere efforts to being about economic reforms,” he told a press conference at the Pakistan Embassy in Washington, D.C., where he is heading talks between Islamabad and the International Monetary Fund (IMF) to resume an Extended Fund Facility that is currently on pause. “The IMF director appreciated Pakistan’s progress in implementing its program,” he added.

The minister said that negotiations with the IMF were ongoing, adding that some members of the Pakistani delegation would remain in Washington to continue in-person meetings, while State Bank of Governor Reza Baqir and himself would continue their meetings virtually from New York.

Tarin claimed that Pakistan and the IMF would soon issue a joint statement announcing the resumption of the loan facility, adding that this would allow the global lender to release around $1 billion to Islamabad.

The minister said that Pakistan had shared some statistics with the IMF on power and gas tariffs and tax collection in a bid to convince the lender of the viability of its economic policies. “They said they are validating the numbers we shared with them and will get back to us,” he said. “We told them that we welcome the review.”

Sharing some data, he said the government had collected Rs. 175 billion of additional value in the current quarter, which was “shared with the IMF.” Similarly, he claimed, the government had reached an agreement with Independent Power Producers, adding that details of this would be announced shortly.

The finance minister reiterated that the government had planned to provide targeted subsidies to 40 percent of the lowest-income population, adding that the government had compiled a database to determine the income of each household. “We will provide subsidies on wheat, sugar and pulses,” he said. He also addressed fears of a mounting current account deficit, claiming it would remain stable and not “surge” as it had in the past.

On his U.S. tour, Tarin said he had met the president of the World Bank, and attended meetings at the U.S.-Pakistan Business Council and the U.S. Institute of Peace. “We held meetings on Afghanistan,” he said. “I met my Turkish counterpart and discussed bilateral cooperation in the agriculture, construction and tourism sectors with him,” he added.

Earlier, the IMF issued a statement saying that its discussions with Pakistan on the 6th review of the Extended Fund Facility had been open and constructive, adding that it stood ready to support the country in achieving its objectives of debt sustainability. The $6 billion EFF was initially approved by the IMF in July 2019 as a 39-month arrangement to support Islamabad’s economic reform program; it was paused during the COVID-19 pandemic.