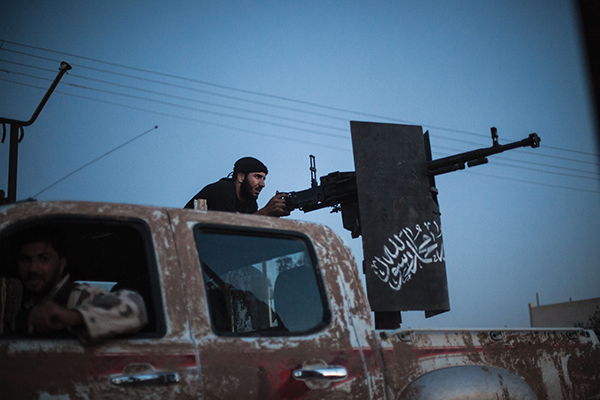 The U.S. and its allies are preparing to attack Syria on the grounds that President Bashar al-Assad used chemical weapons against those opposed to his autocratic rule. The U.N. is investigating the allegation of chemical warfare, but the Obama administration is convinced it happened. Direct U.S. intervention in Syria’s two-year civil war is being viewed dimly by most—including Americans. Damascus has warned America against the move. “If Syria is attacked, Israel will also be set on fire and such an attack will, in turn, engage Syria’s neighbors,” a senior Syrian Army source told Iran’s Fars News Agency. Russia has urged that the U.S. wait until the U.N. inquiry is complete. The White House claims the presence of chemical weapons has provided sufficient proof to justify the strikes even though a recent poll finds that only 9 percent of Americans support a military intervention while 60 percent oppose it outright. For a country exhausted by nonstop wars since 2001, convincing them of yet another salvo in the Middle East may be asking for too much.