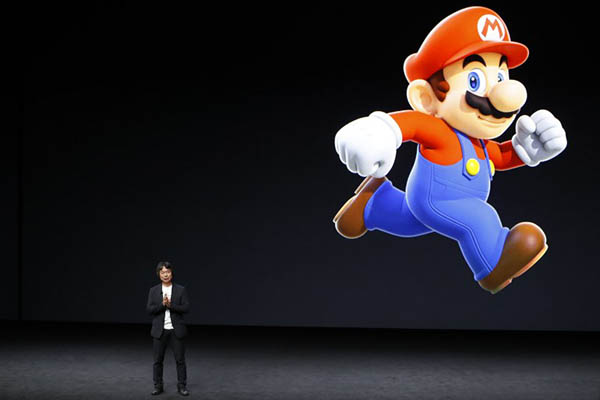 Super Mario is coming to an iPhone near you.

Apple and Nintendo jointly announced on Wednesday that Super Mario Run featuring the iconic game character and developed specifically for mobile, will hit the App Store this year.

“We have created Super Mario Run to be perfect for playing on your iPhone,” said Mario creator Shigeru Miyamoto, who devised the character more than 35 years ago. “Super Mario has evolved whenever he has encountered a new platform, and for the first time ever, players will be able to enjoy a full-fledged Super Mario game with just one hand, giving them the freedom to play while riding the subway or my favorite, eating a hamburger.”

The news came as Apple unveiled its second-generation Apple Watch, the leader in the smartwatch market despite slumping sales since its initial release last year.