No Deal with Previous Government for Discounted Wheat and Oil: Russian Envoy 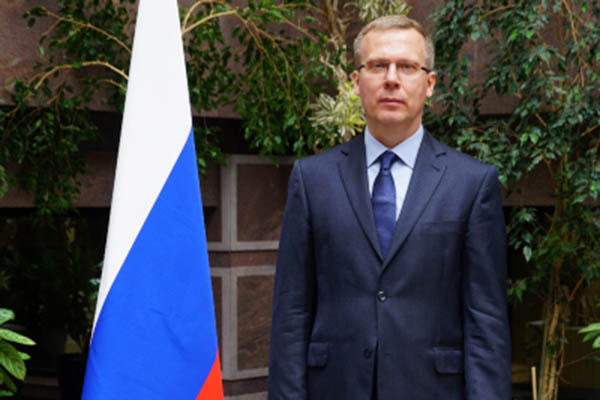 Russia’s Ambassador to Pakistan Danila Ganich over the weekend denied claims that the ousted Pakistan Tehreek-e-Insaf (PTI)-led government had inked a deal with Moscow to import cheaper oil and wheat, rubbishing the narrative being peddled by PTI Chairman Imran Khan in recent weeks.

“I can confirm that we did not conclude any memorandum of understanding,” Ganich said during an interview with private broadcaster Aaj TV when asked whether the PTI’s claims that it had been offered wheat and oil on discounted rates from Moscow was accurate. He said the PTI-led government had not signed any agreement with Russia for the discounted commodities, a stark contrast to repeated claims by the former prime minister.

“We had signed an agreement with Russia to buy cheap oil and wheat,” Khan told a political rally in Charsadda earlier this month. Former energy minister Hammad Azhar had likewise shared a letter in which his ministry had sought discounted oil from Russia. Finance Minister Miftah Ismail has repeatedly denied both claims, saying that even though Azhar had written a letter, Moscow had never responded to it and there was no deal in place for discounted commodities.

But Ganich stressed that there was no such agreement. “As for what kind of discounts could have been offered, I cannot comment on this, as these are confidential negotiations,” he added.

To another question on whether there was any truth to Khan’s unverified claims—repeatedly rejected by the U.S.—that he had been “punished” by Washington through a vote of no-confidence for visiting Russia ahead of the Ukrainian invasion, the Russian envoy said it could have been a contributing factor. “I also know it was a sheer coincidence that he happened to be in Moscow on that very day [when Russian invaded Ukraine],” he said. However, he stressed, Pakistan’s National Security Committee has already concluded there was no conspiracy.

“As an ambassador of a foreign country I prefer not to interfere in your internal affairs,” he said. “I do know that Pakistani [authorities] concluded that there was no conspiracy. So here I would like to say, period,” he added.