No Disciplinary Action Against Moin Khan 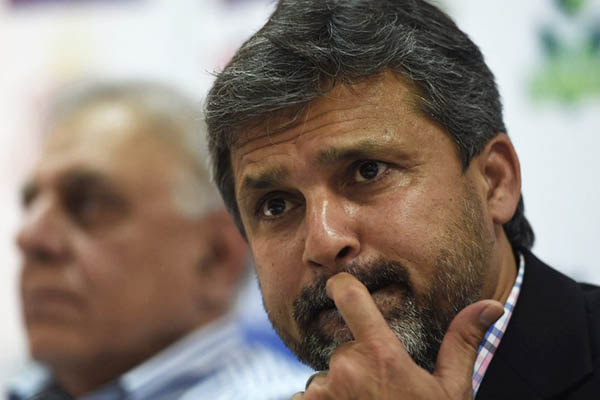 Cricket chief says investigation has not revealed any wrongdoing by chief selector.

Pakistan’s chief selector Moin Khan will not face further disciplinary action after being sent home from the World Cup for visiting a casino on the eve of a crucial clash, the country’s cricket chief said Tuesday.

Khan said he had gone to the casino in the New Zealand city of Christchurch for dinner with friends and family. But he apologized after his actions offended cricket fans still reeling from spot fixing by three players.

Speaking to reporters in Lahore on Tuesday, Pakistan Cricket Board Chairman Shaharyar Khan said the matter had been investigated and no further action would be taken against Moin. “He has admitted his fault. It was inappropriate for him to have dinner at the casino,” Khan said. “The matter is now closed.”

Moin Khan, a former wicketkeeper and captain, had visited the casino on Feb. 20, a day before the team’s Pool B game against the West Indies, which they went on to lose by 150 runs.

Pakistan are currently in second to last place in their pool following victory over Zimbabwe on Sunday.

Khan’s expulsion from the World Cup was not a first for Pakistan at a mega-event. Shoaib Akhtar was sent home from the inaugural World Twenty20 in South Africa in 2007 after he hit fellow fast bowler Mohammad Asif with a bat.